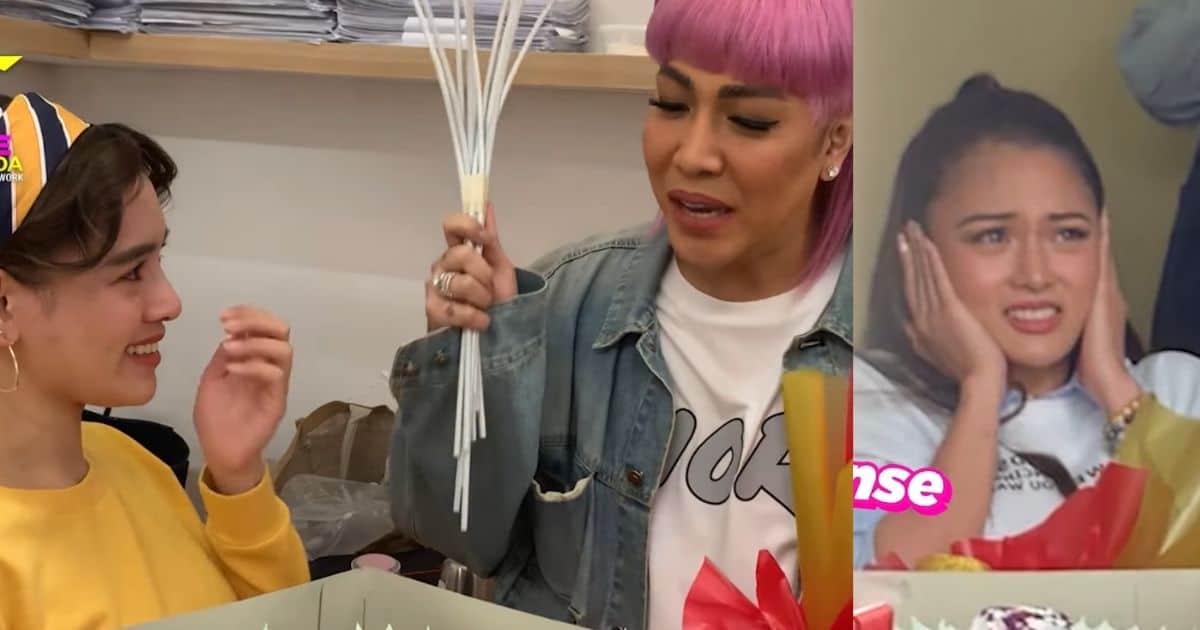 Vice Ganda made his It’s Showtime co-hosts cry after they fell victim to his hilarious prank.

In a recent vlog uploaded on his YouTube channel, Vice Ganda along with Ion Perez showed up at each of the It’s Showtime co-hosts’ dressing rooms, holding a bunch of balloons, a bouquet of flowers, and a cake — looking like the “surprise” was meant for them.

The comedian-host then delivered a heartfelt message that looked back on the hardships they’ve been through the past year.

After successfully moving his co-hosts with his words, Vice Ganda would reveal that the whole surprise was meant for another person, saying he was only asking them to tag along in surprising another It’s Showtime host.

“Wala naman akong sinabing this is for you,” Vice Ganda explained to the “victims” of the prank as some of them went emotional and tried to hold back tears but ended up laughing after the reveal.

At the end of the video, Vice Ganda each gave them a token of appreciation and said that even if he just pulled a prank of them, his messages were sincere.