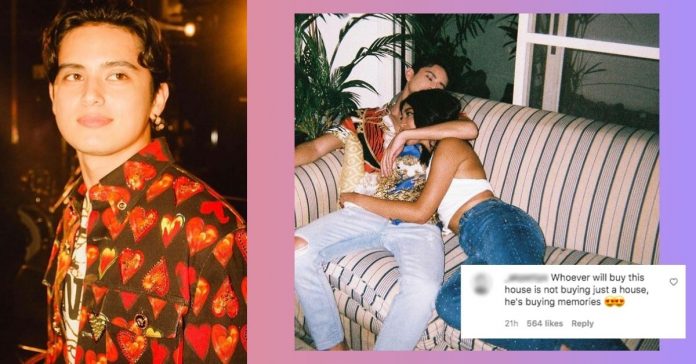 Netizens couldn’t help but get emotional when James Reid shared another post that he was selling what used to be his “love nest” with ex-girlfriend Nadine Lustre.

In his Instagram post, the singer-actor shared the photos of his house and lot in Loyola, Quezon City.

“My house is for sale! Loyola Grand Villas, Katipunan,” he wrote in the caption.

Under the comments section, the 28-year-old’s fans turned sentimental as they shared that it seemed like an end of an era.

“Whoever will buy this house is not just buying a house, he’s buying memories,” one netizen wrote.

It was in February of last year when James first shared on social media that his house is already for sale. He made the post, just a month after him and Nadine announced that they have called it quits.