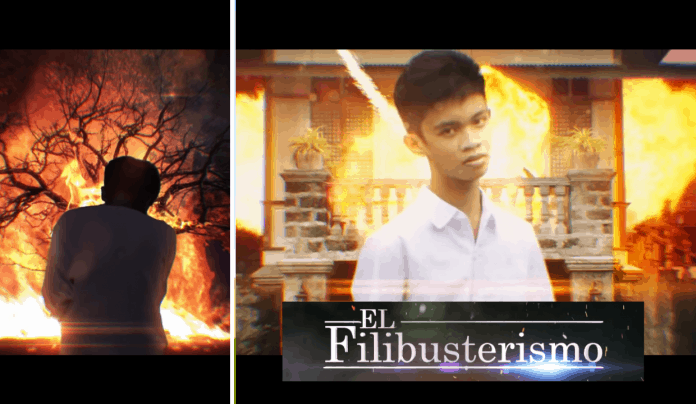 Grade 10 students of Bulacan State University Laboratory High School originally submitted the trailer as a school project for their Filipino subject in 2019.

Netizens were wowed with the editor’s editing skills, videography and the impressive visual and special effects of the trailer that can be likened or compared to locally-produced films.

Among the softwares used in the video presentation were Blender 3D, Adobe After Effects, Adobe Premiere Pro and Adobe Photoshop, as indicated on the video’s description YouTube.

The students accordingly dressed and shot the scenes in locations that had Spanish-era vibe.

Ivan Gonzales, the trailer’s editor, said in a GMA report that his editing skills are all just self-taught.

Half of the seven-minute-long video also showed the outtakes on how they achieved the realistic effects in the trailer.