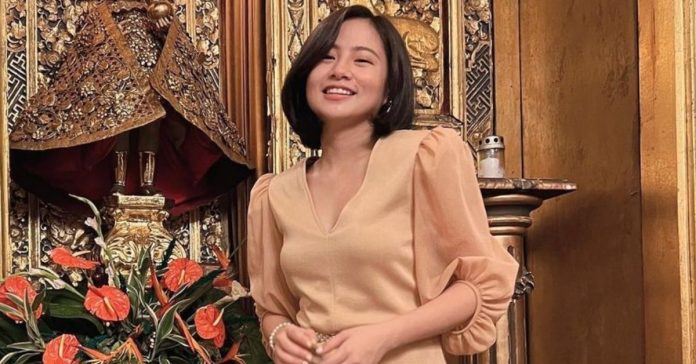 Actress Ella Cruz has spoken up following her “History is like tsismis” remark which trended and drew flak on social media.

In the four-minute video, Sen. Imee and Ella talked about the actress’ statement in an interview released last July 2 that brought attention and got mixed reactions from netizens.

Sen. Imee said that she watched Ella’s interview and that Ella was asked as a student and as an actress, and that she did not answer the question as a historian.

Sen. Imee even remarked, “History is tsismis with methodology, analysis, and proof.”

Ella went on by saying that “history is opinionated” and you cannot be a historian if you do not know how to interpret.

“One cannot be a historian without being opinionated,” Sen. Imee said.

Because of Ella’s controversial remark about history, several Filipino historians have also reacted and expressed their sentiments regarding her statement.

K-pop idol Minzy wants to collaborate with Sarah Geronimo and...