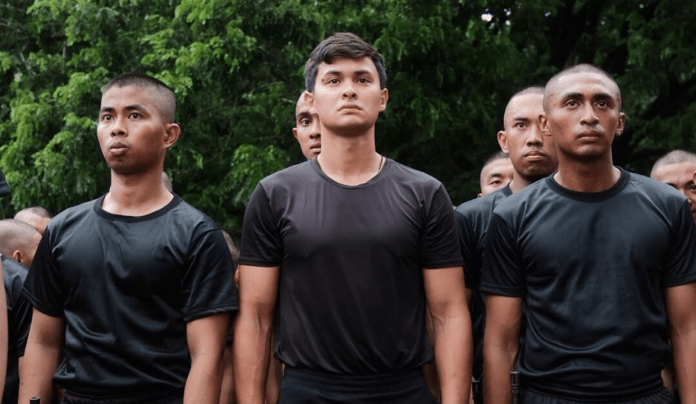 The hush-hush civil wedding of Sarah Geronimo, 31 and Matteo Guidicelli, 29 was marred with reports that the latter reportedly punched the bodyguard of his wife.

Jerry Tamara, the singer’s security aide, claimed that he was assaulted by Matteo after he was instructed by Sarah’s mother Divine to follow and never leave her daughter’s side. (READ: From shouting match to crying bride: Bodyguard bares details of commotion at Sarah-Matteo wedding)

The close-in security detail gave his side of the story on News 5’s Aksyon sa Tanghali in an interview with news anchor Raffy Tulfo.

It turned out that none of the actor-athlete’s bodyguards were listed in the army.

Matteo joined the army in 2019 as a reservist. He officially became a second lieutenant back in August.

When Zagala was asked if Jerry’s move to file a criminal case against Matteo will affect the latter’s position in the army, he said the incident does not involve the army.

“It’s not a perfect world. Mayroon talagang mangayayaring mga incident involving our active personnel and our reservist kasi nangyayari talaga yan and normally, we have due process. Itong nangyayari sa kanila it is outside the Philippine Army. I believe it is a private event,” he said.

He added that if Matteo was wearing his uniform or used his rank as leverage in the altercation then it might have affected his role in the army.

As of writing, Matteo has yet to respond to Jerry’s threat of filing a criminal case.