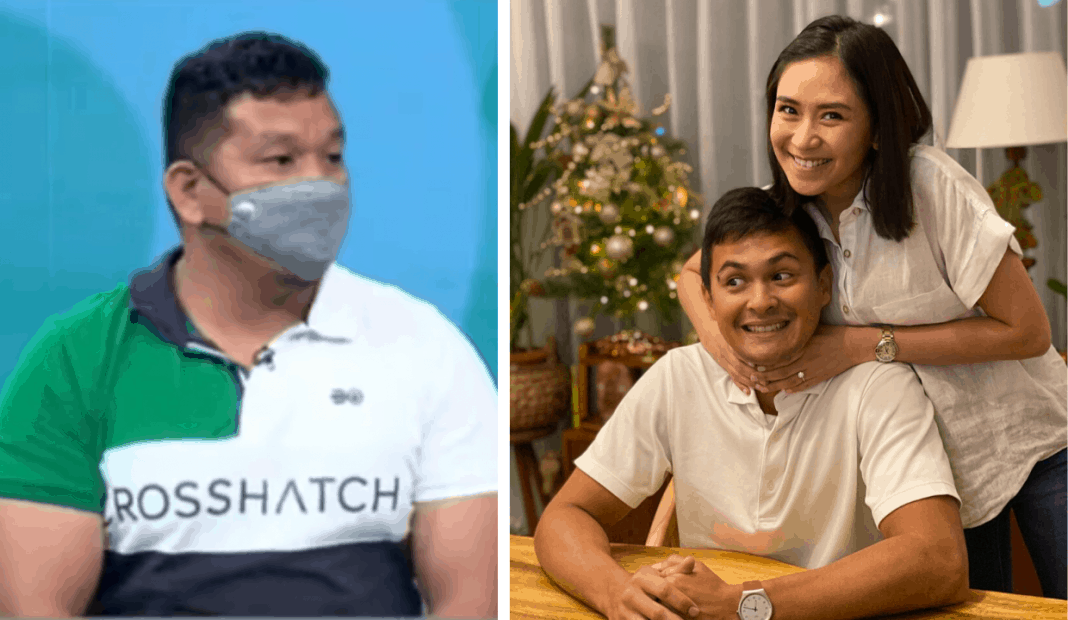 Following the commotion at Sarah Geronimo and Matteo Guidicelli’s “not so civil” wedding ceremony on February 20, the bodyguard of the singer gave his side of the story in a TV interview.

The day after the Kapamilya couple’s wedding held late Thursday, reports of Matteo allegedly “punching” the close-in security detail identified as Jerry Tamara circulated along with a police report from the Southern Police District.

According to the police report, Jerry narrated that “the fuss started when the mother of Sarah Geronimo arrived unexpectedly at the venue and asking for a moment to talk with her daughter since she was not informed of the said wedding. Upon knowing, Matteo accused and confronted the reportee as the one responsible in informing Sarah’s mother of their civil wedding.”

Matteo earlier denied claims of him assaulting his bride’s bodyguard. (READ: Matteo Guidicelli ‘did not punch anyone during civil wedding’ with Sarah Geronimo, says witness)

On News 5’s Aksyon sa Tanghali, the security aide gave a detailed side of his story in an interview with news anchor Raffy Tulfo. Jerry admitted that from the get-go, Sarah’s mother, Divine was against the relationship of the couple.

Despite STAR Entertainment editor and columnist Ricky Lo’s report about the wedding early Thursday, Jerry said he did not expect the ceremony to take place since Sarah was still wearing the clothes from her The Voice Kids shoot (READ: Sarah Geronimo, Matteo Guidicelli to wed today?)

Jerry also disclosed that he had no idea where the ceremony took place but they made a stop at the Christian church Victory Fellowship in Taguig. “Nagtaka ako bakit nila ni-lockdown yung second floor, pag punta namin dati pa hindi naman nila ginagawa yun,” he shared.

Divine was hot on her 31-year-old daughter’s heels and insisted on attending the event which later turned out to be the reception of the wedding.

Jerry said the commotion began when Divine arrived at the restaurant venue in Taguig, calling everyone “traitors.” He added that Sarah was upset and in tears all throughout the said commotion.

Jerry said he thought it was best to place those involved in different rooms so that they could talk calmly.

He said that even Viva big boss Vic Del Rosario arrived and came to talk to Sarah’s mother. Viva is the talent management agency of both Sarah and Matteo.

When the tension died down, Jerry informed Divine that Sarah was about to leave the venue with her husband’s family through the fire exit. He was then instructed to follow and never leave his VIP’s side.

Matteo told him not to meddle with his wife and punched him after.

As of writing, the newly-wed couple has yet to respond to Jerry’s revelations.