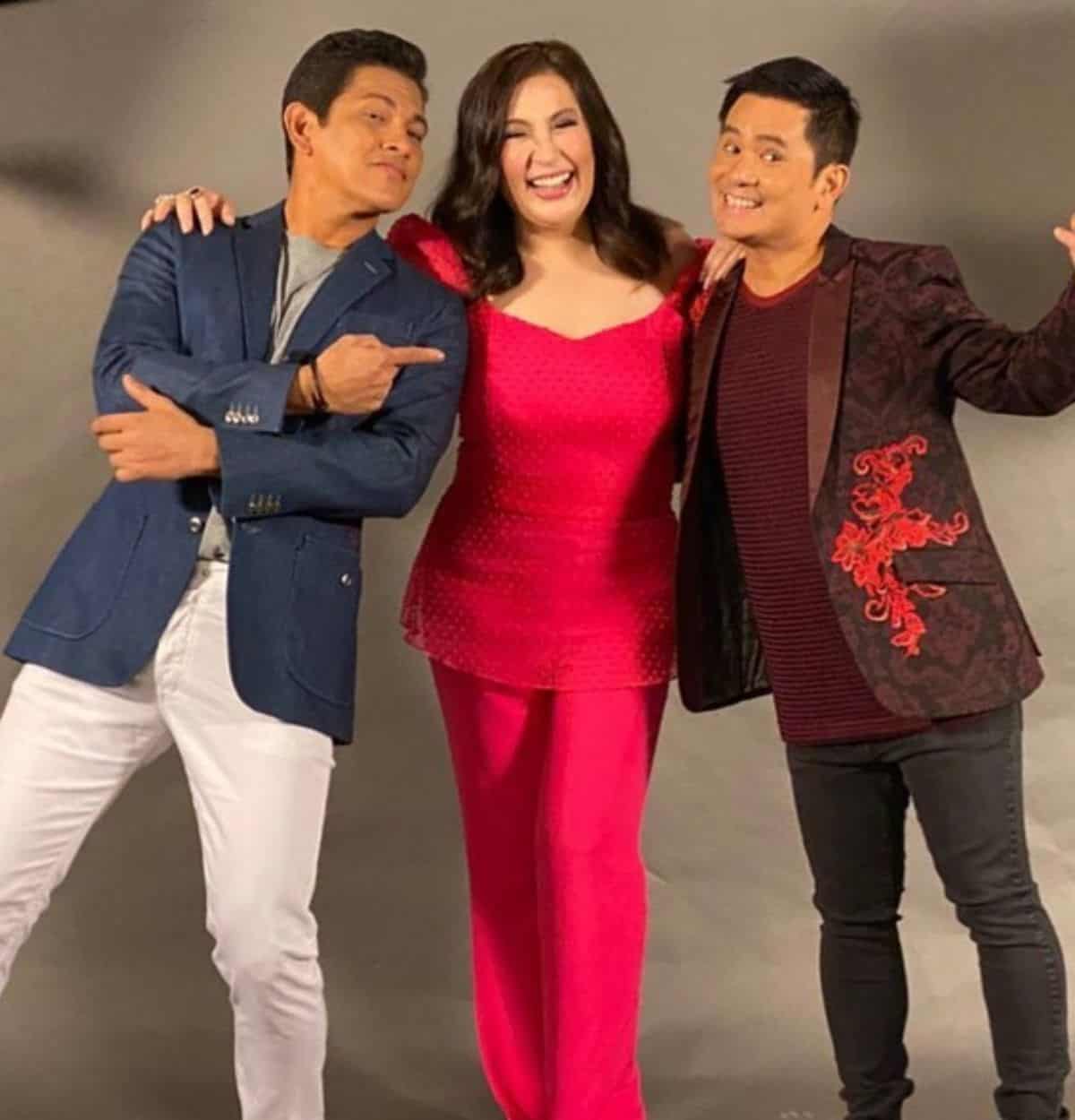 The Megastar is back to work!

Sharon Cuneta took to social media to share her first day back to work for the upcoming season of the game show Your Face Sounds Familiar (YFSF).

The YFSF judge shared a video of her on set last January 24 when they were shooting their teaser for the program hosted by Luis Manzano.

She also shared a video of fellow singer Regine Velasquez visiting the YFSF set after taping for the Sunday noontime variety show, ASAP Natin ‘To.

“When @reginevalcasid visited us. If you haven’t ever seen her in person, she is really beautiful! Makinis, maputi and always bango! I looove smelling her hair and squeezing her cheeks! Especially hugging her,” she wrote.

The teaser for the new season of YFSF was released on February 4. It will reportedly start airing this month.