Marcelito Pomoy now a grand finalist in America’s Got Talent: The Champions 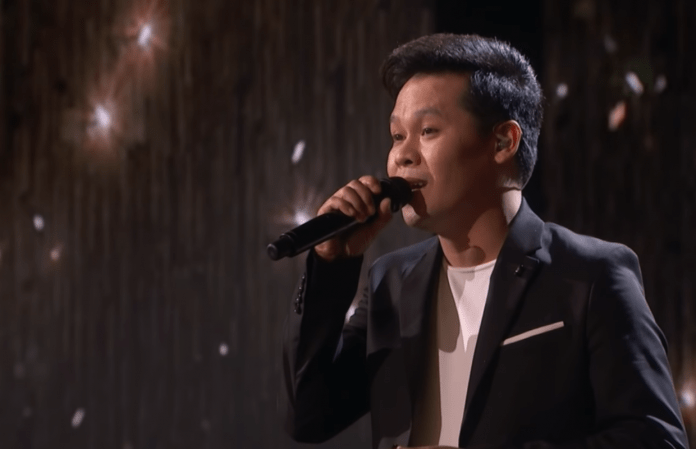 Marcelito Pomoy has secured a spot in the grand finals of America’s Got Talent: The Champions.

The 2011 Pilipinas Got Talent Season 2 winner once again showcased his unique dual voices as he performed Time To Say Goodbye by Andrea Bocelli and Sarah Brightman in the talent reality show’s semi-finals on Monday night (Tuesday, Manila time).

The performance video of Pomoy uploaded on America’s Got Talent’s Facebook page has garnered over a million views in just an hour.

The Pinoy singer earned a standing ovation from the judges and the audience as he flawlessly executed the high note of the song.

Judge Howie Mandel believes Pomoy has “the best shot” in winning the title.

Pomoy, on the other hand, says he’s claiming it.

“Claiming it now!!! I still couldn’t believe that this is all happening to me. I thank God for all these blessings and most especially this voice that I didn’t even know where it came from,” he said in a Facebook post.

And as for his unbelievable talent, Pomoy shared: “I have been asking myself just like others do as to how do I do the switching of voice or how can I have two voices but you know what, I don’t even know the answer.”

“I guess only God can answer this question because He was the one who gave this to me,” he added.

He also addressed questions on who his vocal coach is or where he does his voice lessons.

“I don’t have any of those… It’s just me listening to the music then copying it.. so I guess I am just so blessed with this God-given talent,” he shared.

“Again thank you everyone for all the support and love.. We made it to the Grand finals.. Love you all.. please continue supporting me on this..❤️❤️❤️❤️,” he said.

Pomoy also landed on the top trending topics on Twitter.