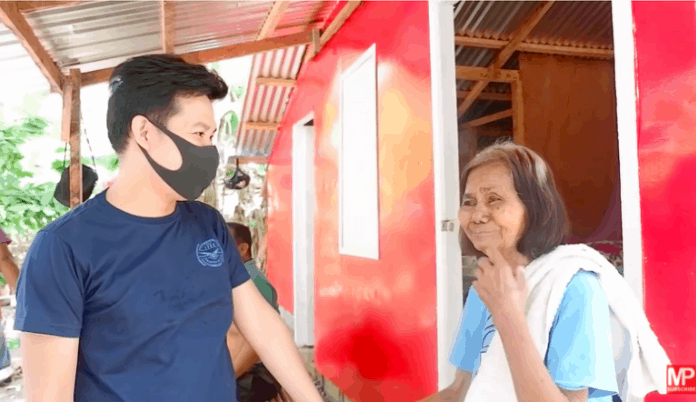 The man with the dual voice, Marcelito Pomoy surprised an old woman from Quezon province with a home makeover.

In his 11-minute-long video on YouTube, the singer documented how he and his team were able to rebuild Nanay Aurora’s house in just four days.

Pomoy said he reached out to Nanay Aurora after seeing a viral Facebook post which featured the senior citizen’s broken-down home. He said she lived in a small structure that he couldn’t even call a house.

After the less-than-a-week renovation, Nanay Aurora was in tears when she saw her new home already furnished and stocked with goods.

In the video posted on May 5, Pomoy explained that he is only giving back what God gave him to those who are in need.

On Tuesday, Pomoy updated his fans on Facebook that they will be doing more work on Nanay’s house.

Early this year, Pomoy finished in fourth place in America’s Got Talent: The Champions. The US talent competition is a spin-off of AGT with past participants from the Got Talent franchise as its contestants.