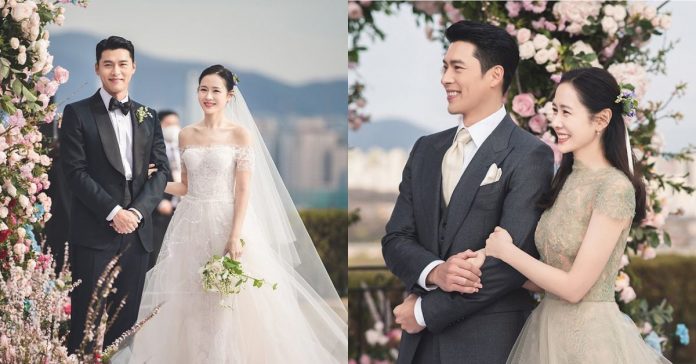 Crash Landing On You stars Son Ye Jin and Hyun Bin were showered with congratulations after announcing on Monday that they are expecting their first baby together.

Netizens took to social media to celebrate the K-drama power couple’s baby news after Ye Jin revealed on her Instagram that she’s pregnant. Fans also extended their well-wishes for the actress’ safe and healthy pregnancy.

“OMG! 😭 Congrats #SonYejin and #HyunBin! 🎉Will be praying for your safe and healthy pregnancy! 💕 #BinJin,” another netizen wrote.

Meanwhile, one Twitter user also looked back on the couple’s past statements about starting a family and being parents.

Some netizens also reminisced on the couple’s relationship over the years.

“BINJIN WEDDING AND BINJIN BABY DURING THE SAME YEAR?!?!?! THEY REALLY ARE THE STAR OF THIS YEAR !!!!!” another netizen wrote.

“YEJIN” and “#BinJin” climbed to the second and fourth spots of the Philippines trends list on Twitter as of 5PM.

Ye Jin took to Instagram on Monday, June 27 to share with fans the news that “a new life” has come to them.

The actress also said that she was being “careful” and admitted that she has not been able to share the news with those around her.

The announcement came three months after Ye Jin and Hyun Bin tied the knot back in March this year.

The couple first worked together for the film The Negotiation back in 2018. The two then reunited in 2019 for the Netflix series Crash Landing on You.