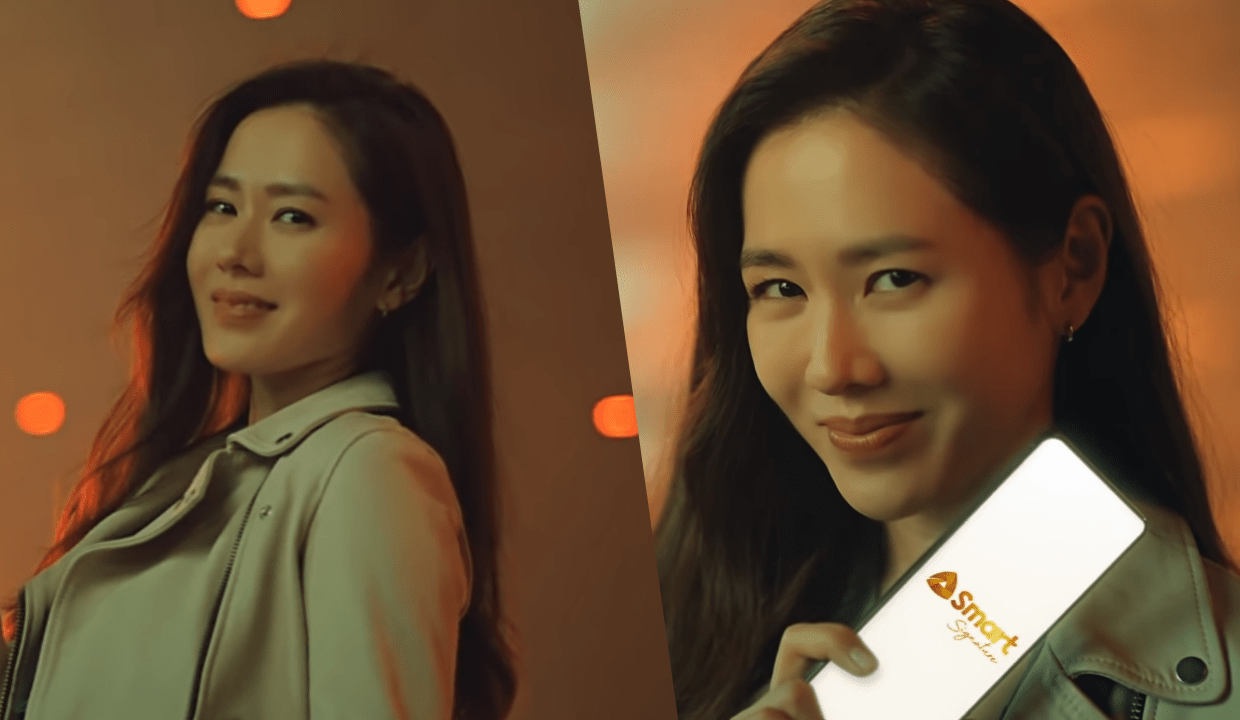 Son Ye Jin has been unveiled as the newest face of Smart Communications, Inc. — two months after her Crash Landing On You leading man Hyun Bin was named endorser of the telecommunications giant.

The telco company made the official announcement via its social media accounts on Monday, sharing a TV ad of the K-drama actress.

In the 47-second clip, Son Yejin, who captured hearts with her role as Yoon Se-ri in the hit K-drama series Crash Landing On You can be seen navigating the city onboard a motorbike.

“Son Ye-Jin officially joins the family with #SmartSignature as we continue to deliver world-class entertainment to Filipinos. #MakeYourMark,” wrote Smart on Twitter.

Smart earlier released teasers for its second “Riveal”, sending fans into a frenzy and leading to speculations that the CLOY leading lady would be launched as the company’s next endorser.

The reveal comes two months after CLOY partner Hyun Bin was named as a celebrity endorser in June.

“Son Ye Jin’s appeal is undeniable among Filipinos who have been swept by the Korean wave, and we are thrilled to fulfill their wish. This is one way of supporting the Hallyu passion of our customers, who put their trust in our network so they can binge-watch the latest K-dramas, stream K-pop hits, and stay updated on their K-idols online,” said Jane Basas, senior VP and head of Consumer Wireless Business at Smart in a press statement.

In a short video greeting posted by Smart on Tuesday, Son Ye Jin gave a special shout out to her Filipino fans.