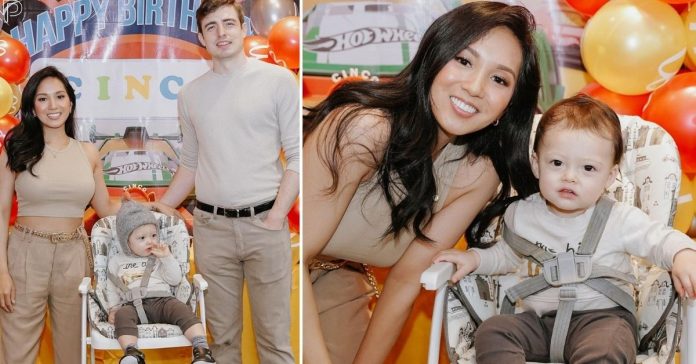 The actress marked the event with a party in the same restaurant where she and her foreigner husband had their first date.

In a social media post, Roxanne looked back on her adorable start with Jiggs.

“When I first met Jiggs, I had this thought come over me, that he would be the father of my children. Apparently, they are right when they say ‘you know from the very beginning’,” she gushed.

“I now have my own family in you two. Love you both with all that I am. (Yes, madrama akong ina. Ganon talaga),” she said.

It was just last year, when the 37-year-old revealed her husband and baby boy’s face.