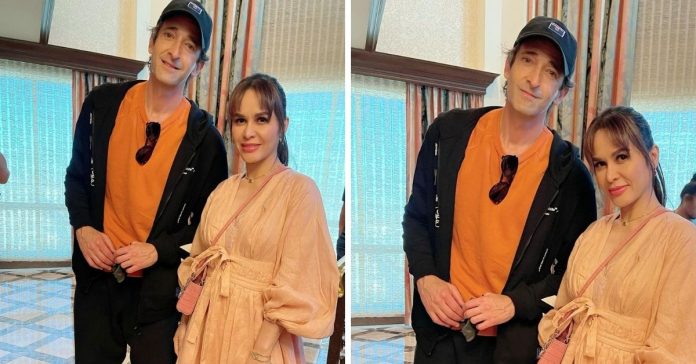 On social media, the wife of boxing champion and politician Manny Pacquiao shared the snaps from when she encountered the award-winning actor.

Her caption read: “With Adrien Brody.”

Brody is best known for his work in the films The Pianist, King Kong, Midnight in Paris, The Grand Budapest Hotel among others.

The actor seems to be a fan of the boxing icon. Just last week, he paid Manny a visit.

Jinkee and Manny are now back home in the Philippines after they flew to the United States for his boxing match with Yordenis Ugas.

Since then, the entrepreneur-socialite has been the talk of the internet for her lavish social media post.