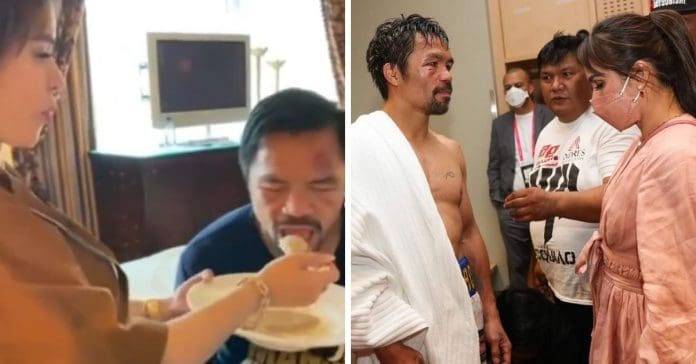 In a video shared on her Instagram account, Jinkee can be seen spoon-feeding her husband who had his eyes closed and was still bruised up from his recent boxing match.

“Your best friend should be your spouse,” wrote Jinkee as caption along with some marriage-related Bible verse.

A report by One News earlier stated that Manny will have his eyes checked by a specialist after suffering a cut over his left eye and another one under the right.

Netizens in the comments section can’t help but gush over the sweetness of the Pacquiao couple.

Jinkee earlier penned a heartwarming message to Manny to express how proud she is of her husband.