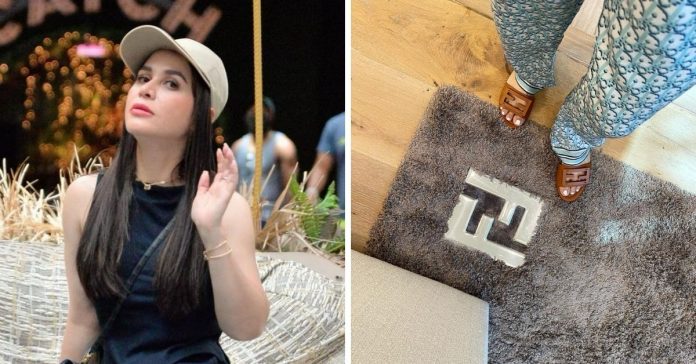 Jinkee Pacquiao took another swipe at her detractors, jokingly saying that they might also “compute” the price of the designer carpet.

In a social media post on Saturday, the wife of boxing champ and politician Manny Pacquiao posted a photo that showed off her footwear over the carpet from the Italian luxury fashion brand.

The entrepreneur-socialite became the talk of the town for her reportedly more than P1 million worth all-pink OOTD at her husband’s boxing match, with some criticizing her “lavish” outfits.

Jinkee earlier subtly clapped back at criticisms with successive quotes about how people’s “jealousy” over other people’s success can “kill your happiness” and that “bitterness is poison to the soul.”

Despite the criticisms, the mom of five opted to look on the brighter side of things.