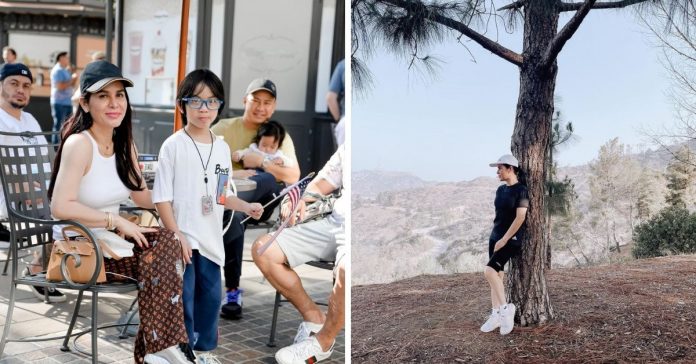 Jinkee Pacquiao and her children are making the most of their time in Los Angeles, California ahead of boxing champ husband Manny Pacquiao’s fight with Errol Spence Jr.

The mom of five recently shared photos of her along with family members having a blast in the US city.

On her Instagram account and stories, Jinkee has been sharing snaps and clips from their jog to the Griffith Park and stroll at The Grove mall.

Jinkee was seen with her sons Michael, Jimuel and Israel, as well as daughter Princess.

The Pacquaio family is currently in Los Angeles for Manny’s “serious” training for his welterweight title match against Errol Spence Jr. on August 21.

Manny first headed out for Los Angeles on July 3, while Jinkee and their children flew a week after.