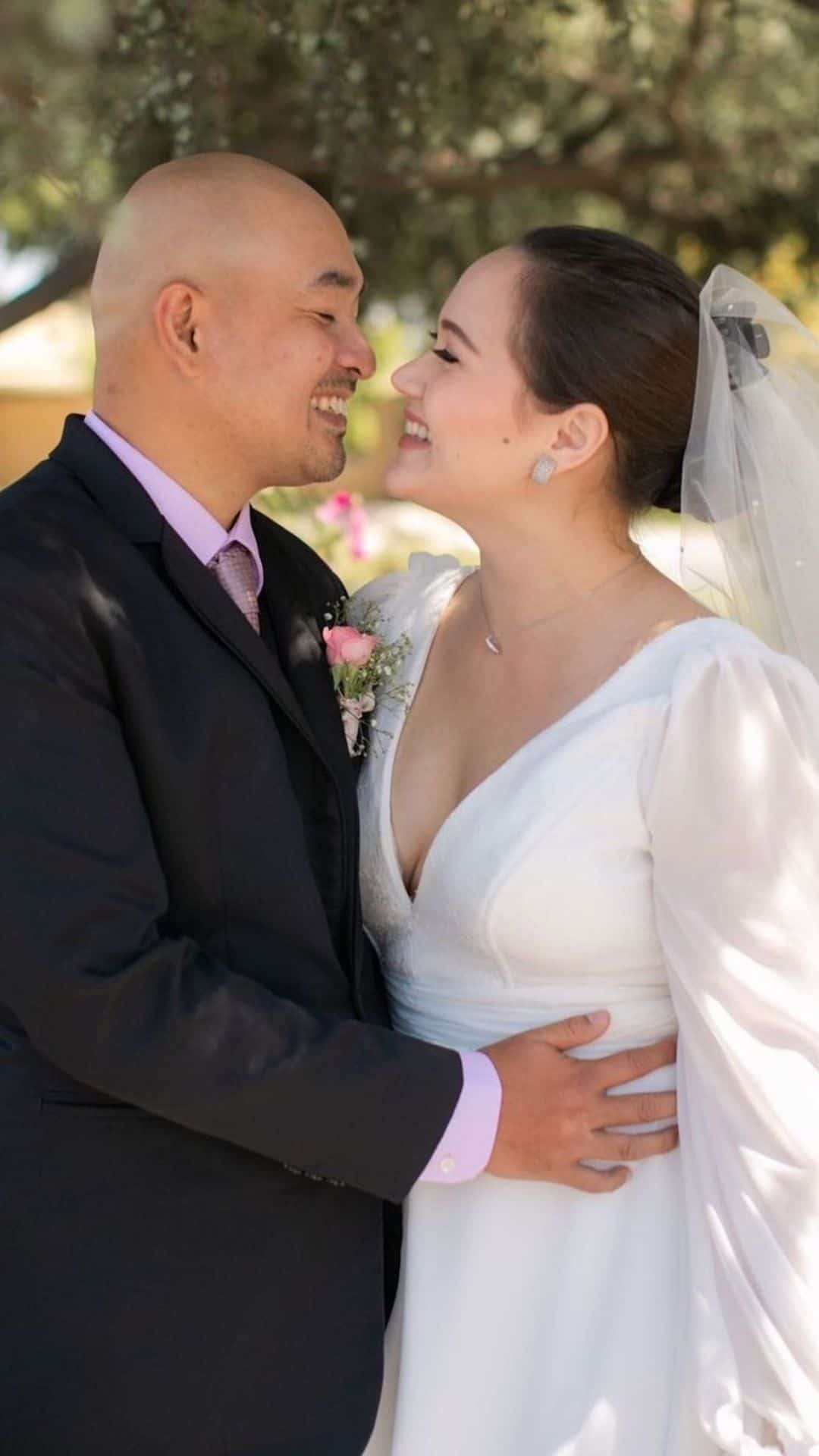 Melissa Ricks ties knot with non-showbiz boyfriend in the US

Melissa Ricks finally tied the knot with her non-showbiz boyfriend Michael Macatangay. The two had a simple ceremony in California.

On Instagram, the actress surprised her followers with snaps from their wedding on May 23.

Melissa shared that their wedding day was made special by 15 of their closest friends and relatives.

“I woke up early, hubby cooked breakfast, we went to the grocery to get some snack and soda for the guest, went through the drive thru at jack in the box to get churros and tacos, then proceeded home to get ready,” she recounted.

The 31-year-old even did her own hair and makeup and zipped herself into her wedding dress.

Melissa and Michael had the ceremony in a chapel and their reception in her stepdad’s backyard.

The glowing bride’s gown was made my Batangas-based designer Lauren Berberabe.

“I honestly didn’t know what I wanted to wear, what I knew is I wanted it Simple and comfortable and that’s exactly what it was,” she wrote in an Instagram post.

The happy couple got engaged back in August of last year.

In one of Melissa’s past social media posts, she shared that she met Michael during a difficult time in her life.

This rough patch in life led her to build her relationship with God. In return, she met by chance Michael at a church in Batangas.

Melissa said she was blessed with the love she had asked for — a God-fearing man who would love her and her daughter.

“It was God who orchestrated our love story but he used many people to do so,” she wrote.

How timely! This upcoming ABS-CBN teleserye hints at a health...