How timely! This upcoming ABS-CBN teleserye hints at a health emergency 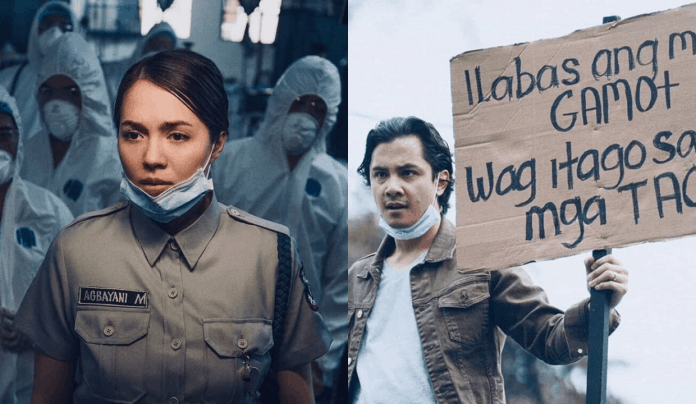 The show will be Julia Montes’ first project after her showbiz hiatus. In the photos, the actress is among a flurry of people clad in protective suits.

According to a report from ABS-CBN News, the actress will portray a security agent at a medical center. It was presumed that her character works for the Philippine Association of Detective and Protective Agency Operators (PADPAO).

In another still, actor JC Santos is seen with a face mask resting on his chin as he holds up a sign that says “Ilabas ang mga GAMOT. Wag itago sa mga TAO.”

Meryll Soriano is a civilian who is affected by an illness.

The rest of the cast — Melissa Ricks, Joross Gamboa, Benj Manalo, Pen Medina, Eric Fructuoso and Alora Sasam — seem to be civilians entangled in the crisis.

24/7 will be released in February.