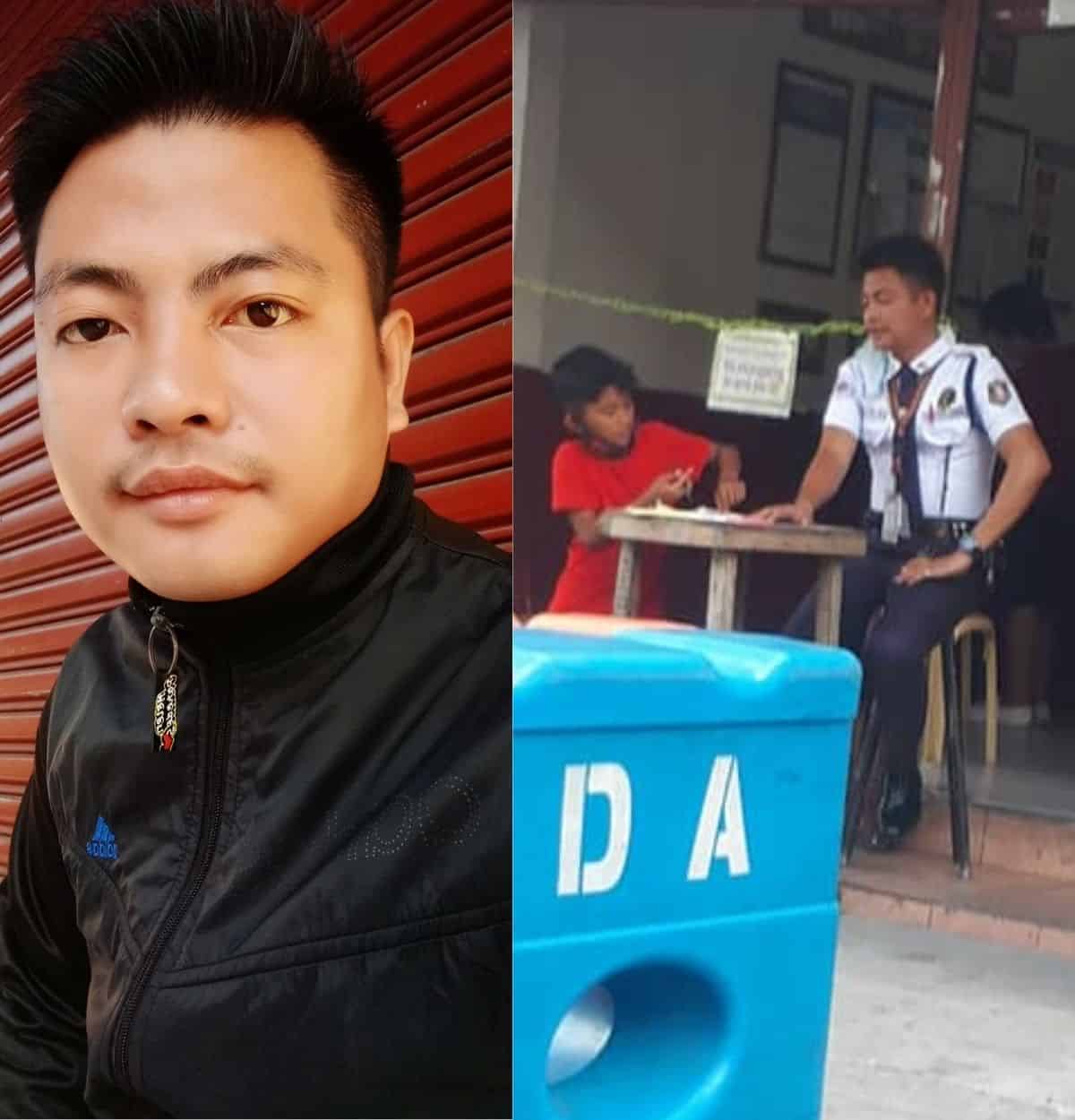 This security guard in Pasay was praised online after he was spotted in June teaching street children how to read and write, and even holding exams to check if they had learned their lessons.

Renz Abelita became the “accidental” tutor to street kids loitering near the pawnshop he is working at when he found out they didn’t know how to spell and write their names.

With stricter quarantine restrictions then in place, the pawnshop barely had any customers at that time so he managed to help these kids practice name writing.

As the kids wanted to learn more, Abelita went on to teach them ABAKADA reading and writing lessons. He would even give them follow-up activities and exams!

Couple John Robert Flores and Angellyn Inaudito happened to be in the area when they saw the security guard mentoring a street child. They took a picture of them and shared it on Facebook.

Their post went viral and was widely reported in the media. They also got to know more Abelita, who was being dubbed by netizens as “sekyu-guro”.

The couple discovered that the security guard was tutoring not only one but five street children almost on a regular basis. He would also feed them.

They didn’t expect the photo would become a hit online. The security guard was very grateful to the couple for appreciating his effort for the street kids.

He further shared that Abelita also got scared of being fired from his job. But his fears were unfounded.

They also learned that many people recognized him, including students from a nearby school along Taft Avenue.

But what amused them the most was when some ex-girlfriends vouched for Abelita’s character and messaged their thanks for posting about him.

As for Abelita, he told The STAR last June that he was tutoring these street children in hopes of encouraging them not to end up like him who didn’t finish school.

He also had a message for those struggling with their schooling, especially during the pandemic.

Watch the inspiring #BituinNgPagAsa video below: