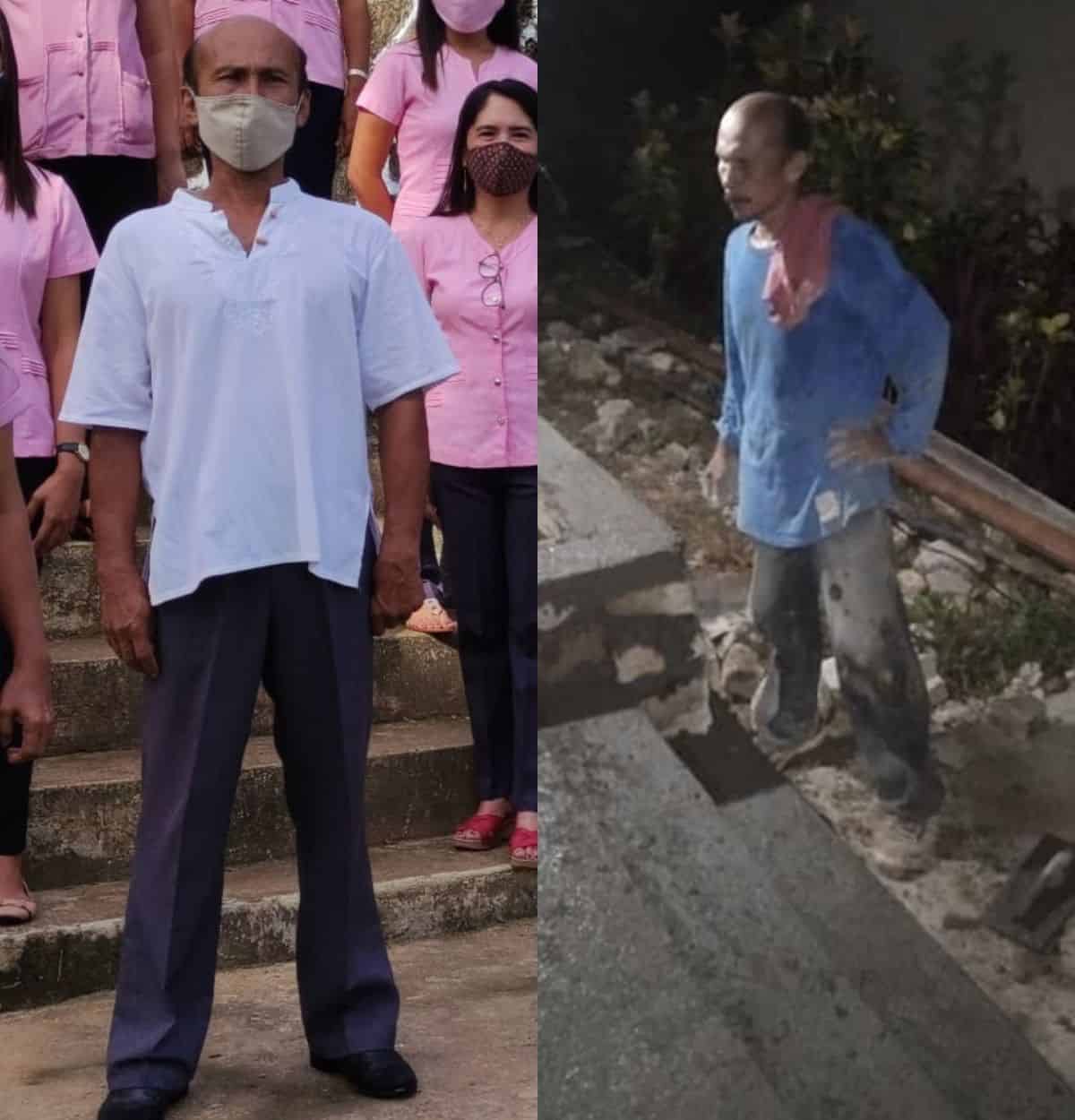 No worker? No problem!

This principal from Aklan wowed netizens after going beyond his official duties to serve his school and students.

Elmer Lumbo, 59, didn’t expect that working overtime and personally completing the construction work at Habana Integrated School (HIS) in the town of Buruanga to meet a Department of Education deadline would generate so much attention last October.

Sir Lumbo, as he is fondly called by students, recalled that last October 28 he was in a seminar when he received at 4 p.m. call from the DepEd Division of Aklan requiring him to present an accomplishment report the next day. The school wouldn’t receive the next tranche of the Maintenance and Other Operating Expenses (MOOE) if they failed to submit.

However, the construction work to be included in the report got delayed because of Typhoon Quinta that struck the province a few days earlier. The project involved re-propping work to prevent soil erosion in the area meant for the school stairs, as well as the new playground and study area.

According to Sir Lumbo, the next tranche of the MOOE was very critical because part of it was for the printing of modular materials for their students. With lack of access to internet and technology, the school has adopted this distance learning approach where printed modules have to be provided to the students.

While he didn’t have a background in construction, he has been teaching practical arts for years, which includes “industry education” where one learns to use certain building tools. He has done the same in the previous schools he was assigned in.

As the construction lasted well into the evening, he said he decided to let other workers go home because it would be “forced labor” if he didn’t.

While he was busy finishing the job, his fifth son Jose Elvis Michelet Lumbo came to check on him and reminded him to eat his dinner.

Without his knowledge, the proud son took photos of him and shared them online. Little did they know, the post would quickly go viral.

Lumbo said that while his six children were ecstatic over their father going viral, he and his wife, most especially, felt embarrassed, explaining that what he did is not unique among his fellow teachers and school administrators.

People have wondered why he had to do the construction work himself. Most of them think that he’s doing it for the extra income but in reality, he’s not getting any.

Sir Lumbo further shared that when he submitted the accomplishment report the following day, some teachers and DepEd officials congratulated him over the viral post. But he said he’s not after the online praise, media attention or even promotion.

He has been a teacher since 1983 and became a head teacher 19 years after in 2004. In 2009, he was promoted to principal of a school in the municipality of Altavas, Aklan. In 2010, he was reassigned to his hometown in Buruanga to be the principal of Habana Integrated School. He’s actually been looking forward to his retirement.