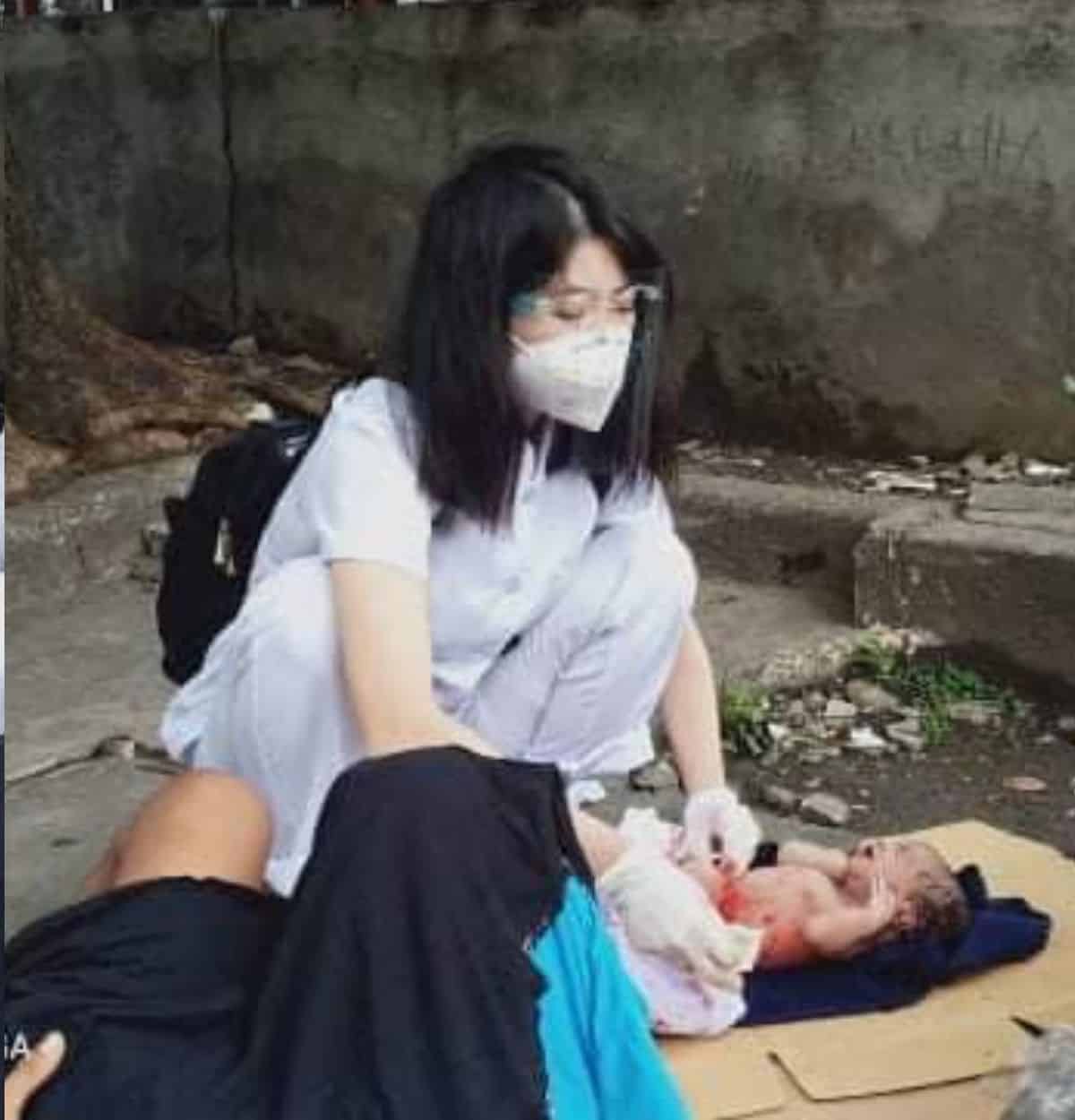 This nurse was hailed “hero in white” after going out of her way to ensure the safe delivery of a homeless mother’s baby.

Despite in a rush to report for work at a health maintenance organization, Mary Lorrainne Pingol, 29, didn’t hesitate to answer a call for help from officials of Brgy. Bangkal in Makati last August.

An emergency situation had occurred where a street dweller — later identified in news reports as Jeca Mae Rausa, 31— was giving birth on a sidewalk.

Upon seeing the woman’s condition, she asked officials to immediately bring her and the newborn to a hospital. But it turned out the placenta wasn’t fully expelled and the umbilical cord was still wrapped around the baby.

At the time, there was no medically trained person to manage the situation that could result to such complications as severe infection and life-threatening blood loss if mishandled.

“They had no medical personnel in the ambulance that was why they didn’t know what to do at that time. Parang mas sanay sila sa vehicular accidents kay sa mga scenarios na may nanganganak sa daan,” Lorrainne said.

She went into action using the barangay emergency response team’s gloves, scissors and clamp to make the delivery possible.

She then tried to protect the newborn with what was available.

“Binalot ko na ang baby using the cloth that they gave me. Actually, I was looking for a bath towel, something that is warm or thick, but wala silang maibigay sa akin. Yun lang manipis na cotton cloth so yun lang pinambalot ko,” she said.

And when mother and baby were finally brought to a hospital, she resumed her walk to work.

Lorrainne was able to get updates about the mother’s condition after other homeless people in the same area thanked her.

Lorrainne had never imagined that she would go viral after photos of her attending to the medical emergency were posted online.

The viral post was then picked up by local and even international news organizations.

Though initially shocked and surprised for landing on the news, Lorrainne felt happy that somehow she gave people some inspiration during this time of pandemic.

More importantly, the incident gave her the opportunity to handle a birth delivery again after many years.

“It has been many years ago since I handled a delivery in a hospital… I’m thankful nairaos ko yung mag-ina safely. Mataba ang puso ko at nagpapasalamat ako.”

Lorraine works as a company nurse but she takes pride in healthcare workers who are serving on the frontlines of the country’s fight against COVID-19.

According to Lorraine, she couldn’t practice her profession in a hospital setting for health reasons.

“Because of that and because I’m a nurse, alam ko what is healthy, and what is not. May knowledge ako on how to prevent my medical condition from worsening.

But despite her health condition and the threat of COVID-19, these didn’t stop her from responding to a call of duty and showing compassion to a stranger in need.

Her heroic act has since earned her several recognitions, including the Gawad Filipino Heroes Award and the Bayaning Nars Award from the Philippine Nurses Association.