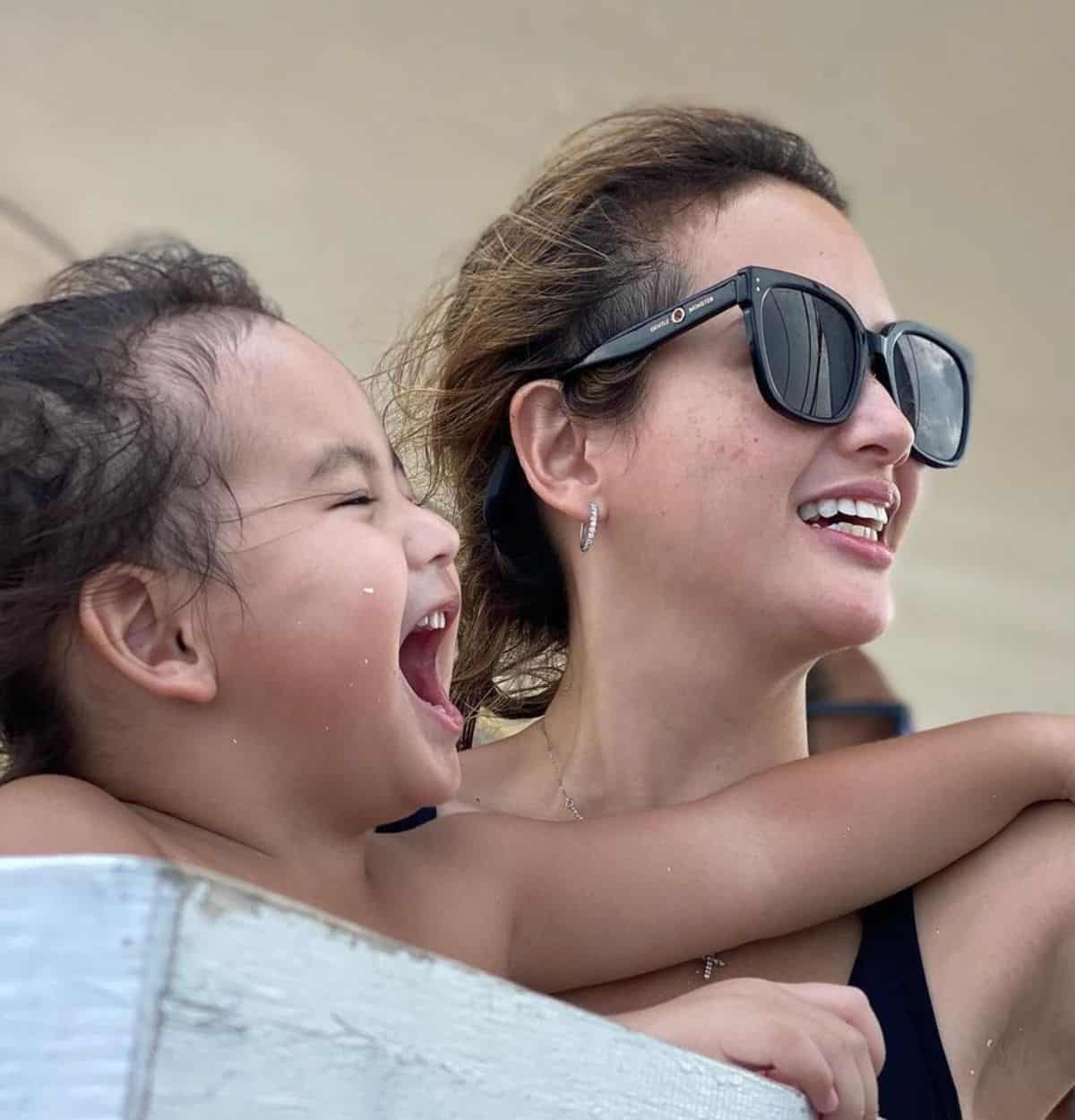 Ellen Adarna expressed her shock and amusement when she heard the answer of her son with John Lloyd Cruz to the question, “What’s your papa’s name?”

In an Instagram story on Monday, Ellen asked her toddler Elias Modesto: “What’s your papa’s name?”

“Piolo,” Elias responded again much to the laughter of Ellen.

In a separate Instagram story, she asked Elias again, “Who’s your papa?”

But when Ellen jokingly reacted, “Hala! John Lloyd left the group chat,” Elias was quick to protest, “No, Mama, no!”

Later on, Ellen shared a video of Elias running after the family dog, which she said is named “Papa P.”

John Lloyd and Ellen are no longer together but are known to be co-parenting their son.

Meanwhile, Ellen, who has been on-leave from showbiz since giving birth, has been sharing cute and funny antics of her baby boy on Instagram.

In one of her more recent Instagram stories, Elias disrupted Ellen’s attempts to take pictures of herself.

“I just want to pose, not push,” she captioned her post.

Another showed Baby Elias hilariously sitting on his mommy’s face.

“Love, my face is not a chair,” Ellen joked.

Netizens, nevertheless, commented how the video was relatable in so many levels.

“Motherhood in a nutshell,” one wrote.