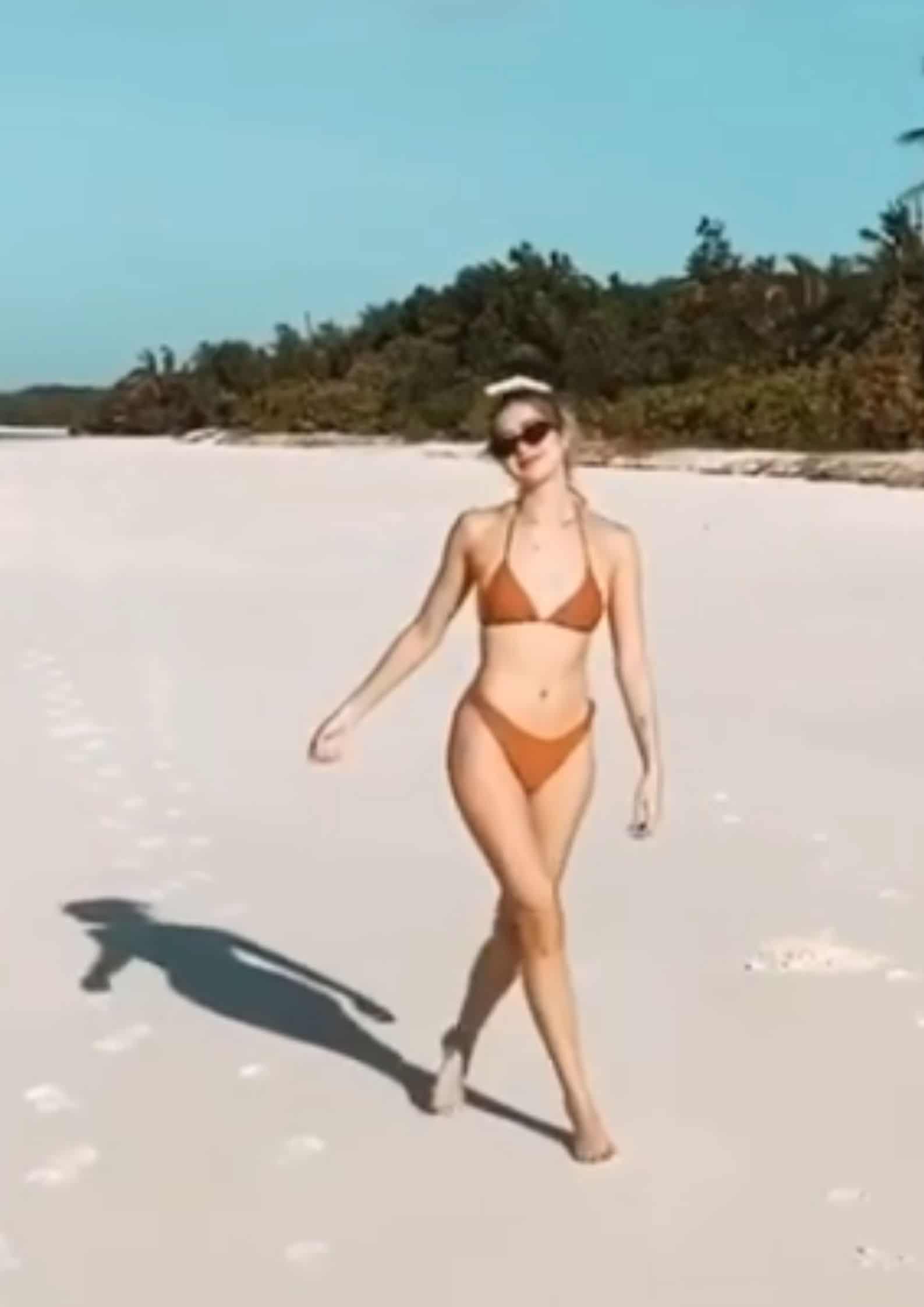 Sue Ramirez stunned netizens after sharing a video of her in a bikini that flaunted her curves.

On Monday, the 24-year-old actress posted on Instagram a short clip of her strolling along the beach in a tan-colored two-piece as she invited followers to watch her newly-released Netflix film Finding Agnes.

“Me on the way to watch #FindingAgnes on @netflix @netflixph today,” wrote Sue as caption.

The video quickly garnered more than one million views in a day as netizens expressed their admiration for the actress’ sexy figure.

Finding Agnes is just the latest film of Sue, who currently stars in a TV5 sitcom, to stream on Netflix after Ang Babaeng Allergic Sa WiFi, Cuddle Weather and Dead Kids.

The directorial debut of Marla Ancheta tells the story of a businessman (played by thespian-comedian Jelson Bay) who finds himself in Morocco where he learns of his mother’s turbulent life and meets her adopted daughter (Sue Ramirez).

‘Parang di sila masaya’: Sue Ramirez on getting project after...