Man with worn-out bike receives new one after going viral 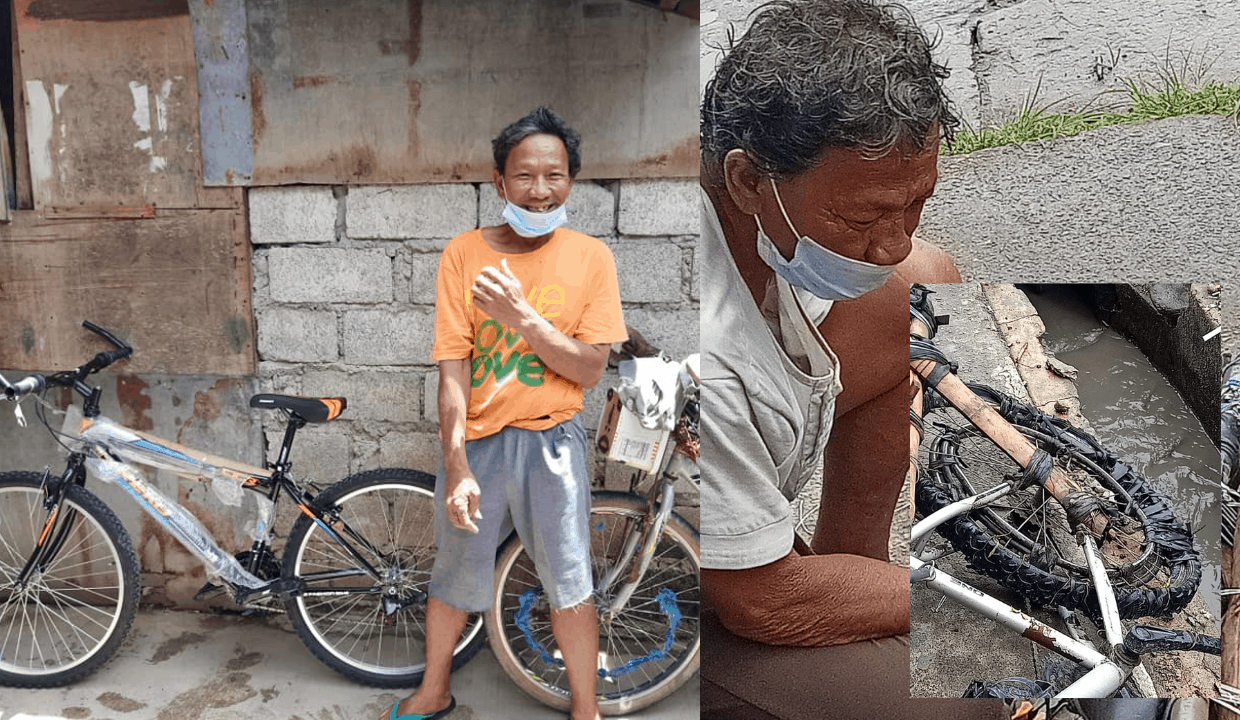 A man who recently went viral after he was spotted repairing his improvised bicycle received a brand-new one from a kind-hearted netizen.

To support himself and his wife, Tatay Jhonny would travel on his old bicycle to different places looking for umbrella repair work. Based on the photos, his bike was so worn-out that bamboo and rubber were holding its parts together.

Placigo, who is from nearby town of Palo, Leyte, personally handed the bike to Tatay Jhonny on Friday. It was donated by a certain JB Javier, who found out about his plight on Facebook.

Aside from the new bike, Tatay Jhonny also received cash aid as help from netizens poured in.

Placigo, meanwhile, shared his joy after his simple Facebook post paved the way for Tatay Jhonny to get help online.