CLOY star Hyun Bin ‘so excited to come’ to Phl 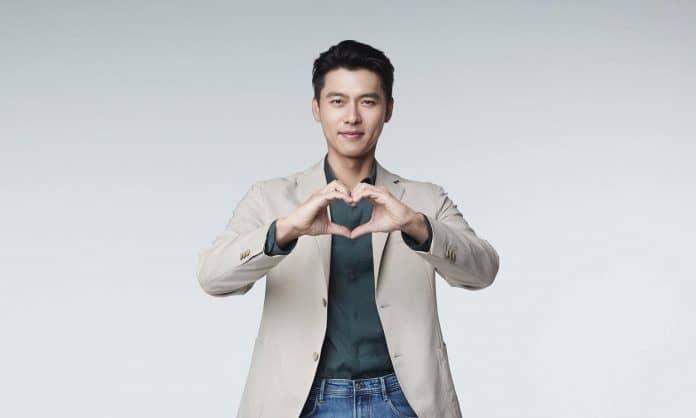 Crash Landing On You star Hyun Bin is “definitely coming” to the Philippines.

Given the pandemic situation, however, the South Korean actor’s visit in relation to his endorsement deal with the mobile services provider Smart Communications might have to wait.

“You know, we have to still deal with this COVID situation. But he is definitely coming. So, when exactly, etc., etc., we’re gonna have to work it out,” said Mon Isberto, PLDT-Smart Public Affairs head, during a virtual presscon Monday to officially introduce Hyun Bin as the face of its Simple, Smart Ako campaign to promote its Giga internet services.

The 37-year-old actor is the first-ever Korean star to endorse the local telecommunications company. He has done two TVCs and is expected to headline several events when he comes to the country.

“We are flying him once, but contractually, he will do three events. So, we’re actually planning these events. Obviously, we do expect thousands of people to want to be a part of it. And given the guidelines on GCQ (general community quarantine), we may have to wait,” said Jane Basas, Smart SVP and head of consumer wireless business.

Basas noted that the actor expressed his excitement to come to the Philippines.

“But you know what, he’s so excited to come. He actually told us that he would have wanted to be here during the launch of the TVC. So we’re really, really praying that restrictions are lifted soon and, you know, things go back to normal. So, we can make more people happy,” Basas said.

As announced last week, the telco giant is one of the two Filipino companies (clothing brand Bench is the other one) that got Hyun Bin as endorser. The official reveal for Smart was supposedly Monday, June 1, however, the first TVC got leaked in fan groups last week, sending social media into a frenzy.

The excitement went overdrive as he was officially confirmed by a tweet from PLDT-Smart chairman and CEO Manny Pangilinan on Friday.

Basas said, “It is a one-year engagement, so we have him with us for the next 12 months. Obviously, because of confidentiality reasons, I can’t share the other terms of his contract but I will say this, signing him up to talk about our message of the Smart Giga Life and Simple, Smart Ako, and the impact that he’s had, not just talking about the message effectively, but actually delighting in making our customers and subscribers happy during these times, actually make him a very, very priceless investment.”

Executives didn’t say how much they invested in securing an endorsement from the actor, but Smart finalized negotiations with him and his management Vast Entertainment in April, with the filming of the commercial on May 12 and production completed via online.

They said it would be “crazy” for them not to tap Hyun Bin, who became well-loved among Filipino K-drama fans as the dashing Captain Ri in the Netflix cross-border rom-com series Crash Landing On You.

Meanwhile, Hyun Byin in an interview for Metro.Style, he further talked about the Filipino fans.

“Good. I thank them for their attention and if there will be an opportunity and time, I hope to have the chance to meet and communicate with fans up close,” the actor said.

He also sent a message of encouragement amid the pandemic crisis.

“I hope these anxieties will be gone soon and I think COVID-19 was a momentum that gave the preciousness of daily life. I just hope to go back to the daily lives that were comfortable. From COVID-19, I hope everyone will stay safe and healthy.”