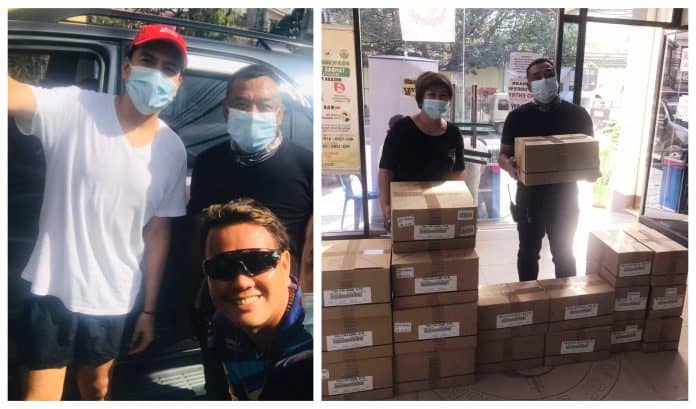 Actor John Lloyd Cruz has kept his promise to donate vitamins for children and COVID-19 frontliners in Cebu.

According to The Freeman newspaper, the Cebu-based sister publication of The STAR, the actor went to Barangay Guadalupe in Cebu City on Saturday to bring boxes of medicines and vitamins for distribution.

Wearing a white shirt, shorts and slippers, he was also seen accommodating a few requests for selfies at the barangay hall.

John Lloyd has been living in the barangay during the lockdown due to the pandemic.

Earlier this week, the actor was spotted securing a barangay certificate for his return to Manila after spending the community quarantine in Cebu City to be close to Elias Modesto, his son with Cebuana actress and former girlfriend Ellen Adarna.

John Lloyd also went viral last month after he emerged in the public eye to talk to barangay officials — led by Michael Gacasan, the barangay captain in Guadalupe — and asked what kind of assistance he could give to residents in need amid the COVID-19 crisis.

John Lloyd, who has been on leave from showbiz, has reportedly chosen to spend the lockdown in the queen city of the south to stay close to his son.

John Lloyd is single dad looking for true love in...