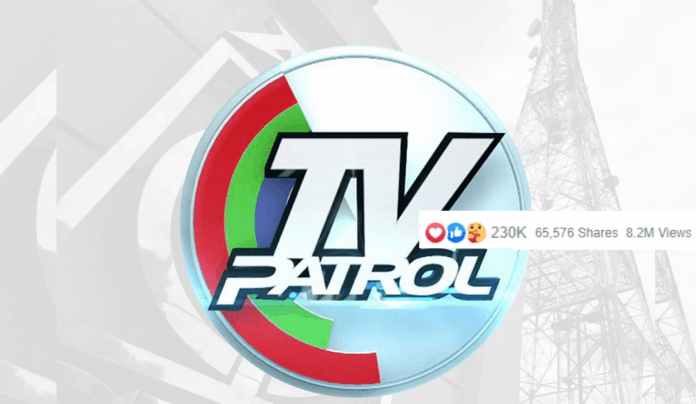 Two days after ABS-CBN went off air, the media giant’s flagship newscast TV Patrol made a digital comeback with an overwhelming number of views hours after its broadcast online.

On Tuesday, May 5, the National Telecommunications Commission issued a cease and desist order against ABS-CBN following the expiration of its franchise on May 4, causing the shutdown of the network’s radio and television broadcast operations.

ABS-CBN reported that the news program reached 7.5 million views within hours of its Facebook stream.

As of Friday, it surpassed eight million views already.

TV Patrol will continue to deliver news via digital platforms daily at 6 pm.

Meanwhile, the nightly news program expressed its gratitude to everyone who tuned in online.