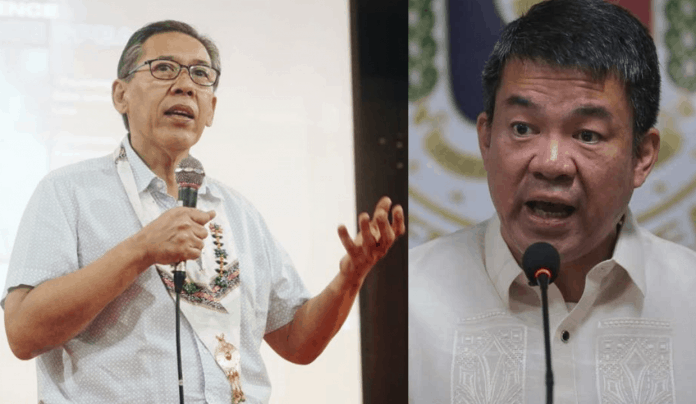 Human rights lawyer Chel Diokno questioned the Department of Justice (DOJ) for saying that they will be “tempering the rigor of law with human compassion” over Senator Koko Pimentel’s violation of COVID-19 quarantine protocols.

Diokno in a tweet compared the treatment between a high-ranking official and ordinary citizen offender.

A Philstar.com report said that DOJ will not yet investigate the senator until a formal complaint is filed.

“As I have said before, during abnormal times like these, when people are prone to commit mistakes or violations of the law, the DOJ will temper the rigor of the law with human compassion,” said Justice Secretary Menardo Guevarra.

Pimentel on Wednesday announced that he tested positive for the coronavirus.

He later got into hot water after he was confirmed to have accompanied his wife to the hospital on Tuesday night when he should be observing self-quarantine.

The Makati Medical Center then issued a statement denouncing Pimentel’s “irresponsible and reckless action” as he “unduly exposed health workers to possible infection”.

Pimentel also told CNN Philippines in an interview that he attended birthday parties despite knowing that he could be a possible carrier of the virus.

Under the Republic Act 11332 or the Mandatory Reporting of Notifiable Diseases and Health Events of Public Health Concern Act, the following are listed as prohibited acts:

Meanwhile, netizens called for fair treatment between high-ranking officials and ordinary Filipino citizens over the violation of laws.