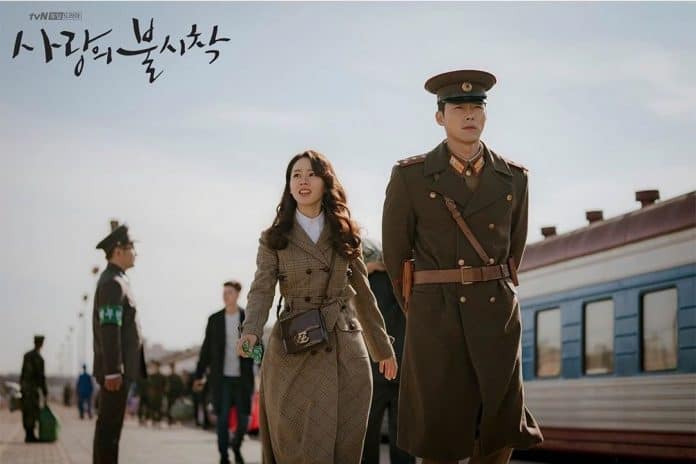 Even after airing its last episode on February 16, the South Korean drama Crash Landing On You still emerged as the “most popular” Netflix release among Filipinos.

This is based on the brand-new Top 10 feature that was rolled out by the streaming giant on February 25, which now enables subscribers to see the most-watched Netflix shows and movies in one’s country today.

In South Korea, Crash Landing On You or CLOY ended its 16-episode run with the highest nationwide viewership ratings of 21.7 percent for the cable channel tvN’s drama series, according to Nielsen Korea. Starring Hyun Bin and Son Ye Jin, it tells the “cross-border” love story of a North Korean military officer and South Korean heiress.

As of February 26, the most-watched Netflix content for Pinoys next to CLOY is the comedy film Jowable starring Kim Molina.

Top 3 is the British-American political thriller, The Last Thing He Wanted, topbilled by Anne Hathaway. Locke Key, a supernatural series adaptation of the US comic-book of the same title, is No. 4. The Sue Ramirez and RK Bagatsing sexy rom-com Cuddle Weather, on the other hand, claimed the Top 5 spot.

Rounding up the most-watched roster are US teen-oriented rom-com To All The Boys: P.S. I Still Love You (6); K-dramas Itaewon Class (7) and Hi Bye, Mama! (8); US dog fantasy series Pup Academy (9) and the Japanese animated action-horror film Resident Evil: Vendetta (10).

In a media release, Netflix said that the Top 10 feature appears in a new row complete with its own special design. It is updated every day and the position of where the row appears will change according to how “relevant” the shows and films that day are to the user. Subscribers will see the Top 10 most popular series and Top 10 most popular films when they click on the TV shows and movies tabs.

Releases that make the lists will also have a special Top 10 badge wherever they appear on Netflix.

Netflix has had courted criticism for not releasing viewership numbers. Nevertheless, this new feature can be seen as a step towards plans to become more transparent with its members’ viewing habits.

In a statement from Cameron Johnson, head of product innovation at Netflix, he said: “We’re constantly looking for ways to make Netflix better. It’s why we’ve been experimenting with Top 10 lists in Mexico and the UK for the last six plus months. Members in both countries have found them useful, so we are now rolling them out to even more.”

He added, “We hope these Top 10 lists will help create more of these shared moments, while also helping all of us find something to watch more quickly and easily.”