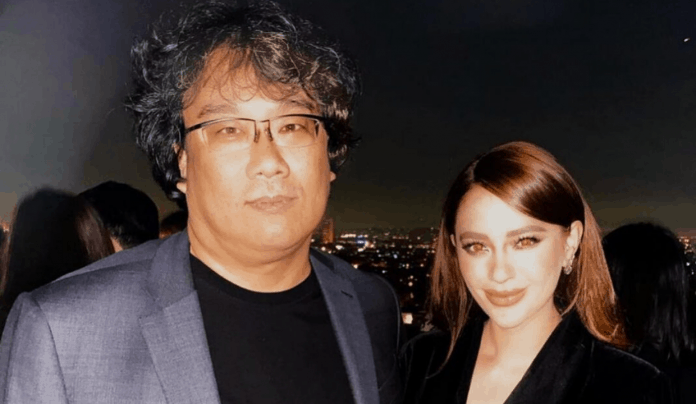 Arci shared that she first met the Parasite actor Kang Ho-song who then introduced her to the man of the hour.

“I greeted Mr. Kang ho Song! Had a convo with him in Korean!! Oh was soo glad I took my Korean class!! Told him how much I love their movie!! He quickly grabbed me by the hand and introduced me to ze man!! #bongjoonho And so the next photo happened! Congratulations to #parasitemovie @parasitemovie making history today at the #oscars #academyawards,” Arci wrote.

Based on her Instagram, the Kapamilya actress is apparently in the US to attend some Oscar events. While the photo appears to be taken during a party, Arci didn’t say when or where the photo opportunity happened.

Apart from the Best Director plum for Bong Joon-ho, Parasite also collected three awards at the 92nd annual Academy Awards. These were Best Original Screenplay, Best International Feature Film and the biggest of them all, the Best Picture, becoming the first foreign language film to win the top prize in Oscars history.