LOOK: Running Man Philippines cast members are having a blast in South Korea 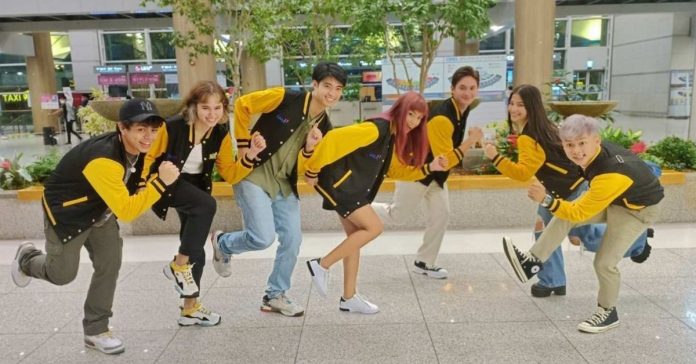 It looks like the cast members of Running Man Philippines are making the most of their filming experience in South Korea.

The Kapuso actors who are set to star in the upcoming Philippine adaptation of the hit South Korean variety show of the same name, took to their respective Instagram accounts to share with fans what they have been up to in the Land of the Morning Calm.

While visiting another country, it looks like the cast agrees that it’s definitely a must to take some travel OOTD snaps.

Ruru Madrid took a photo in a location that features the iconic Namsan Seoul Tower in the background.

Glaiza de Castro also took her OOTD snap in the same location, but it seems like she got hilariously photobombed by her co-star Buboy Villar— a problem every tourist can definitely relate to.

Even Kokoy de Santos got a snap in the same location!

Speaking of Kokoy, looks like he and co-star Angel Guardian also agreed on taking cool, aesthetic photos by this window for the ‘gram.

Buboy and Lexi Gonzales are not about to miss out on flaunting their OOTDs either, opting to get theirs in different locations instead.

While in the country, the cast also got to live out every K-Pop fan’s dream— witness K-Pop groups and artists perform live at “Inkigayo,” a music program broadcast by South Korean TV network SBS.

According to Glaiza, they got the chance to see South Korean artists Sunmi, Drippin, Dawn, and Huta.

Meanwhile, it seems like the stars of Running Man Philippines all agree that it’s also definitely a must to go on a food trip and check out the many cafes and restaurants that South Korea has to offer.

They even had the chance to visit the Korean BBQ restaurant opened up by Haha and Kim Jong Kook, two cast members from the original South Korean “Running Man” show, while they were at it.

And if that was not enough proof to convince you how the cast are enjoying their time while filming, here are other photos of the Kapuso stars in South Korea shared by Lexi and the official Instagram account of Running Man Philippines.

Back in February 2020, GMA Network signed a deal with SBS Korea to co-produce a local adaptation of the hit South Korean variety show, which features stars and celebrity guests competing in fun challenges and games across various settings to win a race.