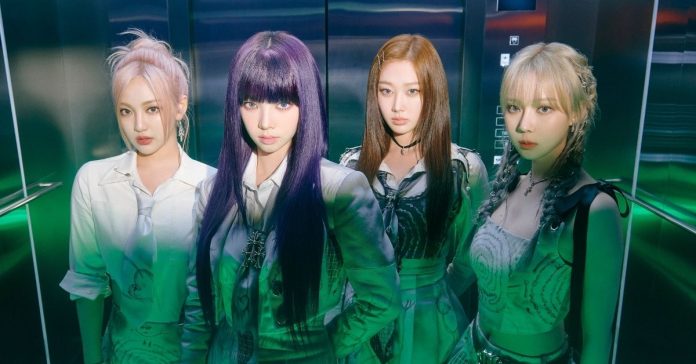 The K-pop quartet’s newest mini-album consists of its title track Girls and eight other songs, including their first-ever English single titled Life’s Too Short.

Alongside the release of Girls, aespa also dropped a music video for the mini album’s title track featuring the group’s iconic futuristic visuals and aesthetics.

Additionally, the K-pop girl group is set to hold a comeback show on Monday night, July 11, at 7pm (Manila time).

But even before Girls was released, aespa has already made history with the pre-order sales of their second mini-album.

Prior to their long awaited comeback, the girl group’s talent management agency, SM Entertainment, officially announced that Girls had racked up a total of 1,610,517 stock pre-orders, according to a report by Korean entertainment news outlet Soompi.

This makes aespa’s Girls the highest pre-ordered album by a K-pop girl group — shattering the record previously set by hit K-pop girl group BLACKPINK with their THE ALBUM back in 2020, which had 1,028,888 pre-order sales, based on the same report.

Girls marks aespa’s return to the South Korean music scene, almost nine months after they released their first mini-album Savage back in October 2021. In between, the quartet of Winter, Giselle, Karina and Ningning has been releasing single tracks.

Known for their music and videos bearing a fictional storyline, aespa made their debut back in November 2020 with their single Black Mamba, which is also among the girl group’s popular tracks alongside Next Level, Illusion and Dreams Come True.