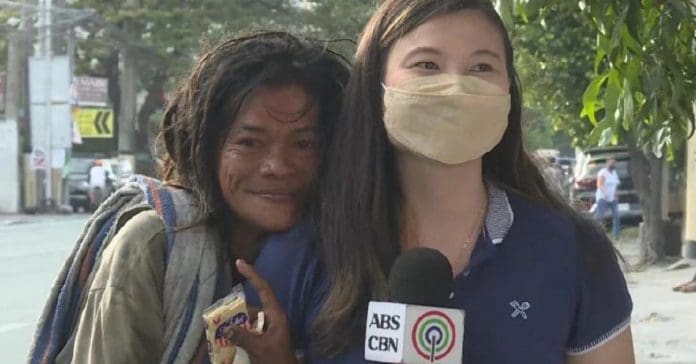 The homeless woman in the video that trended online was later identified to be Melanie Dubos. She went viral after hugging an ABS-CBN reporter during her live report.

Thanks to the viral video, Melanie was reunited with her sister Mona Dubos, who had been looking for her for a long time.

She was confined to a psychiatric hospital for her mental health treatment but unfortunately passed away this month, according to an ABS-CBN report.

The ABS-CBN report also stated that Peachy Lacabo of the Muntinlupa Social Services Department confirmed the death of Melanie.

Melanie’s family is still waiting for further details since the National Center for Mental Health, where Melanie was confined, still cannot confirm the cause of her death.

Moreover, Lacabo also said that they are still waiting for swab test results of Melanie before releasing her remains.

Melanie’s mother, Aida Dubos, who had just left Manila from Sultan Kudarat to visit Melanie at the hospital, was distraught when she heard the news.

Aida hopes to bring Melanie’s remains to Mindanao for a proper burial, but she doesn’t know how to fund it.