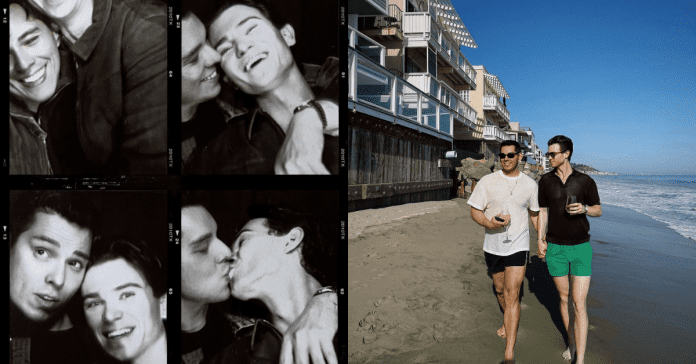 Weeks after confirming that he was dating someone in Los Angeles, Raymond Gutierrez finally introduced his non-showbiz boyfriend to the public.

In an Instagram post on Saturday, June 25, the 38-year-old television host celebrated Pride Month by sharing photos of him and his boyfriend who he previously kept from the public eye.

Gutierrez tagged his LA-based love interest whose name was revealed to be Robert William.

His twin brother, actor Richard Gutierrez, expressed his support for the couple in the same post, writing “Happy for you @mond ❤️🙌.”

Several Filipino celebrities and personalities also gushed and sent their love for Gutierrez and William.

“The Launch! Love it 🔥🔥😂,” wrote TV personality and vlogger Wil Dasovich, who conducted the interview where Gutierrez had initially revealed his relationship status back in June 1.

In the said interview with Dasovich, Gutierrez said that he initially met William in January this year and has since been taking it seriously.

In the recent vlog of beauty doctor Vicki Belo, Gutierrez said that his boyfriend came from the “world of law.”

He also said that it was instant attraction when they met through a common friend’s party and they were seated next to each other.

“I think we had chemistry and, like, you know, the connection was there and that’s not something that you get that quickly and that feeling, you don’t really get it so fast. And I’ve met a lot of amazing guys in L.A. but that instant connection was not there, and I think that’s why I stayed single for so long.

“It’s because that’s what I’m looking for… the ease, like, no games. No, like, chasing. It kind of just like all fell into the right place and that’s what the same advice that George (Georgina Wilson) gave me. She’s like, ‘When it feels right, you’ll know it.’”

Gutierrez publicly came out as gay back in August 2021.

RELATED: Raymond Gutierrez responds to netizens saying ‘we knew’ after he came out as gay