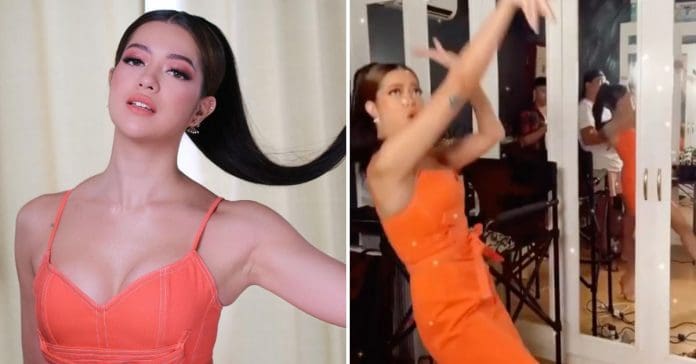 Sue Ramirez won the hearts of netizens once again after she featured her comedian side while she’s all glammed-up.

The actress took to social media to show off her basketball skills while getting ready for the Philippine Basketball Association’s (PBA) 47th Season Opening on Monday.

Sue, the muse for PBA team TNT Tropang Giga, sported one of the team’s colors as her outfit for the big event.

Other celebrity beauties such as Maureen Wroblewitz, Patch Magtanong, and Hannah Arnold took on the role as the muse for their respective basketball teams.

Sue Ramirez stuns in bikini video, gets 1M views on...

‘Parang di sila masaya’: Sue Ramirez on getting project after...