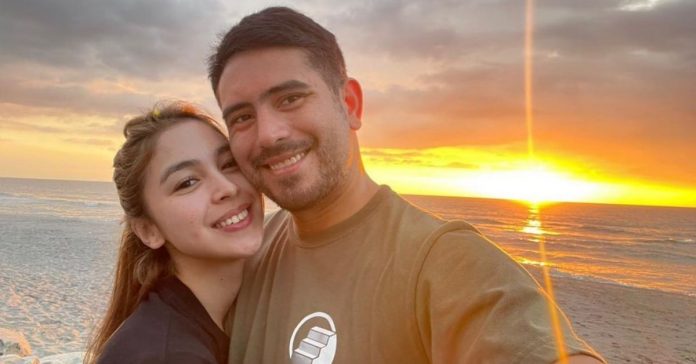 Julia Barretto does not shy away from saying she’s ready to get married to boyfriend Gerald Anderson.

During an episode of “Who Are You When No One Is Watching?” on TV host Boy Abunda’s YouTube channel, the 25-year-old disclosed that marriage is not something that scares her but one that excites her.

RELATED: Julia Barretto teases Gerald Anderson about wanting to have a family

When she was asked by the King of Talk about hypothetically being proposed to by Gerald, Julia, right away, answered in the affirmative.

“One of these months, Ge asks you to marry him. Would you say yes?”

Julia also related her conversations with Gerald: “I always tell him how lucky I feel that I’m with somebody who guides me. Just in life, in general, who can ground me, who can put sense in my head. I can talk to him about anything. And he puts everything into perspective for me,” said the actress.

Julia, who is the second daughter of Marjorie Barretto, also reiterated her plans of building a family in her 20s.

“You know my mom and are the bestest of friends, that’s because our age difference is not so far apart. She had me at 21 (22)? I don’t know, we’re so close, and I think I just wanna have that kind of relationship with my kids as well,” said Julia.

Gerald previously declared in an interview with Boy that Julia is “the one”, but is still “very young” to marry, saying she has still a lot to offer as an actress.