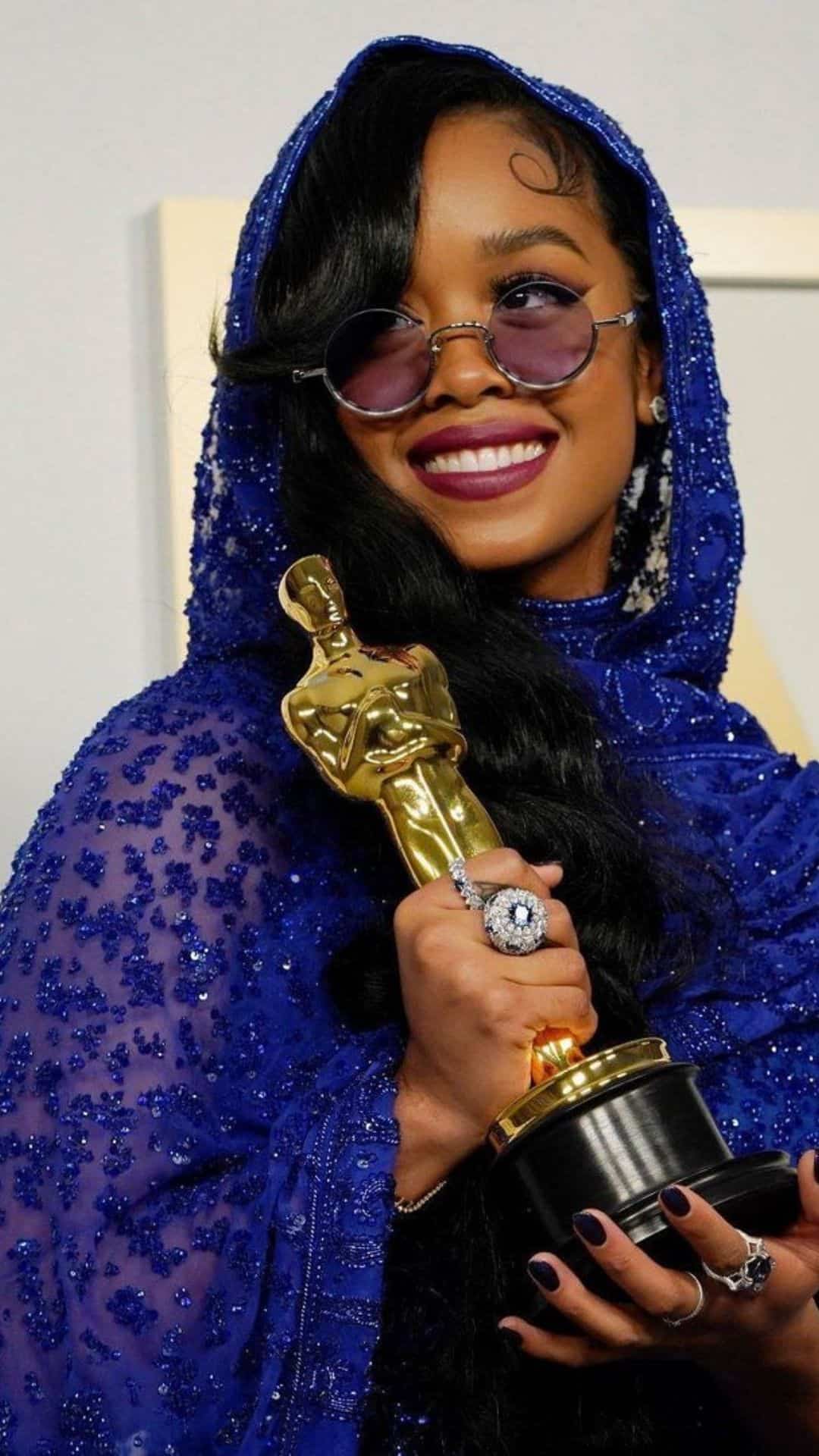 Filipino-American singer-songwriter H.E.R. has just won her first Oscar for her song Fight For You, which was used in the historical drama Judas and the Black Messiah.

The Grammy winner, whose real name is Gabriella Sarmiento Wilson, said in her acceptance speech at the 93rd Academy Awards on Sunday night (Monday morning in Manila) that she wasn’t expecting to win the Best Original Song award. She added that she is “just so, so grateful” for not only the win but also because she became part of such an important story.

She thanked God and her parents — her Filipino mom who was seen accompanying her to the awards show and her dad who made her listen to the music of great American artists growing up.

H.E.R. also sent a message to her fellow music artists about their responsibility to be truthful in the way they write music.

“Musicians, filmmakers, I believe, we have an opportunity and a responsibility, to me, to tell the truth and to write history the way that it was, and how it connects us to today and what we see going on in the world today,” H.E.R. said.

Other nominees in the Best Original Song category were Husavik from Eurovision Song Contest: The Story of Fire Saga; lo Sì (Seen) from The Life Ahead (La Vita Davanti a Se); Speak Now from One Night in Miami; and Hear My Voice from The Trial of the Chicago 7.

Just last March, she won big at the 63rd Grammy Awards, taking home two coveted honors — Best R&B Song for Better Than I Imagine and Song of The Year for I Can’t Breathe.

READ: Fil-Am singer H.E.R. shares how her ‘Tita’ would react to Grammy wins

She then shared a video of how her Filipina Tita would react to her wins which she captioned: “AY NAKO! Shout out to my Filipinos. So grateful!!!!!!!!! #pinoypride.”

Listen to her Oscar-winning song Fight For You below:

‘I do not feel elevated above any of my fellow...