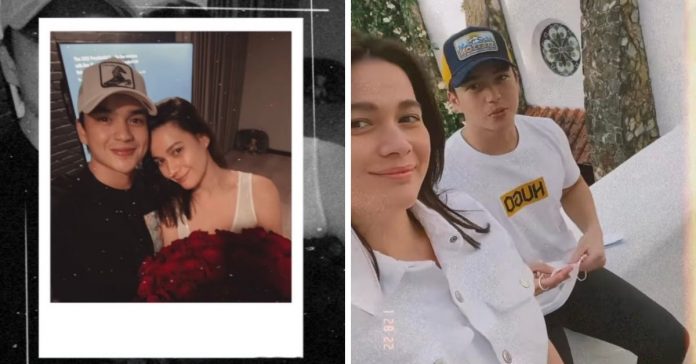 Bea Alonzo and Dominic Roque just celebrated their one year of togetherness!

The two marked the relationship milestone with a trip to Pinto Art museum in Antipolo, Rizal on Friday, January 28.

Bea also received a bouquet of red roses from her view as seen on her IG stories.

The Kapuso actress also took to her Instagram page to pen Dominic a short but sweet message, saying being with him is “one of the best decisions I’ve ever made”.

“It took so much patience from you, but here we are. And I have to say, [it’s] one of the best decisions I’ve ever made. Happy anniversary, hun @dominicroque,” she captioned the photo of her and Dominic caught in an embrace.

Dominic, meanwhile, also shared clips of their museum date via Instagram stories as well as a photo of a cake bearing an excerpt from Taylor Swift’s song Lover.

Bea first revealed her romantic relationship with Dominic to the public last year in August.

The actress recently shared that she’s not on a hurry to get married and have kids.