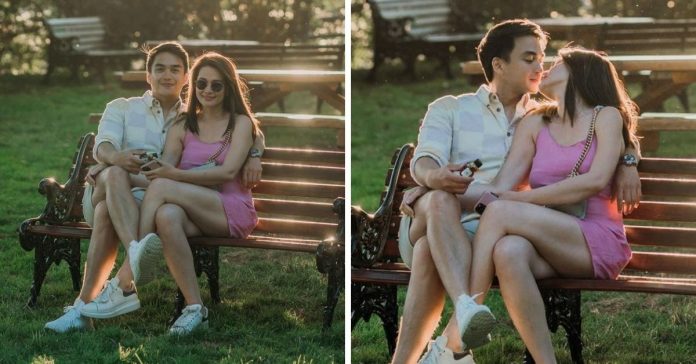 “Happiness is best when shared. I want to share my happiness,” Bea Alonzo said as she finally confirmed her romance with Dominic Roque.

The Kapuso actress revealed the real score between them in an interview with 24 Oras’ Nelson Canlas.

“It wasn’t as if masyado ko siyang pinlano or masyado akong nag-hold back. It just came out naturally,” said Bea when asked about how she felt when she started sharing photos of them together to the public.

Bea admitted that it was not easy opening up about her love life again but had no plans of keeping it a secret.

“It’s not like I was trying to hide it. I think I was trying to be careful kasi given my past experience, siyempre gusto kong masiguro muna kung saan siya pupunta bago gawing official,” she said.

The 33-year-old actress also shared the lessons she learned from her past experience.

“Given my experience, masyado akong careful. I’m afraid magkamali in front of the public. Eh ganon talaga ang buhay. Minsan nagkakamali, bumabangon ka and then you learn from your mistakes and then you move on,” she said.

But even after going public with her newfound love, Bea said she wants to keep their “treasured moments” – those that are not shared online – all to themselves.

Bea and Dominic have been previously sharing kilig photos from their trip to California, USA and have been spotted in several dates last year before finally confirming the romance speculations.