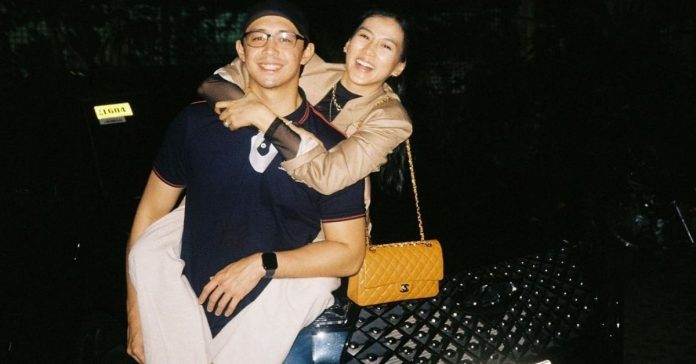 Despite her miscarriage, Alex Gonzaga considers her pregnancy one of her biggest achievements this year.

On her recently uploaded YouTube video, the actress-vlogger and her husband Mikee had their mini Q & A on the road.

Alex was straight to the point when she shared that getting pregnant, even if it did not push through, was one of her biggest achievements for 2021.

When asked how they would describe their marriage, the 33-year-old reiterated that their marriage is blessed even if they aren’t given a child yet.

Alex’s YouTube video captured the moments from their first-ever marriage anniversary date. The couple rode up to Tagaytay to enjoy dinner with her uncle.

It was made even more special when the two exchanged gifts. Mikee gifted Alex with a gold necklace from a Lipa-based store. Meanwhile, Alex surprised her husband with a brand-new PlayStation 5.

She explained that her big gesture was done with what Mikee has been through during her first pregnancy in mind.

It was in October when Alex revealed that she was pregnant but experienced a blighted ovum, meaning a fertilized egg in the uterus did not develop into an embryo.