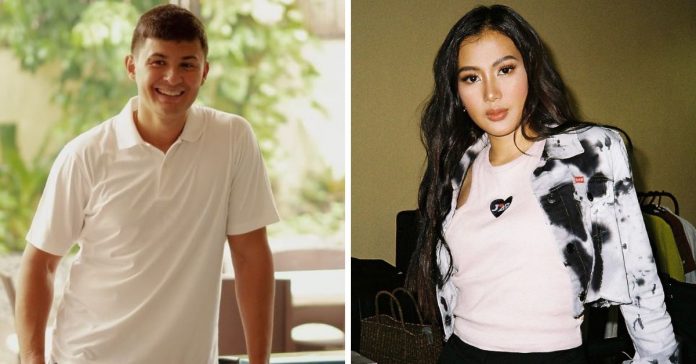 Matteo Guidicelli became the talk of the internet after he called out Alex Gonzaga for her jokes about exes on the noontime variety show Lunch Out Loud (LOL).

After the show’s episode on Thursday, netizens were quick to make this clip of the athlete-actor reminding his co-host to to discontinue “disrespectful” jokes go viral.

In other clips from netizens, they compiled videos from the other episodes of LOL which featured Alex who seemed to tease Matteo with the other women in the show.

At the end of the video, Matteo had a special shoutout for his wife Sarah Geronimo: “Sa mga kasama ko sa bahay! Love, if you’re watching, I love you so much. You’re the one and only.”

On Twitter, Matteo’s fans couldn’t help but praise his extra effort for his wife.

“Matteo Guidicelli is the standard, the greenest flag ever,” a netizen wrote.