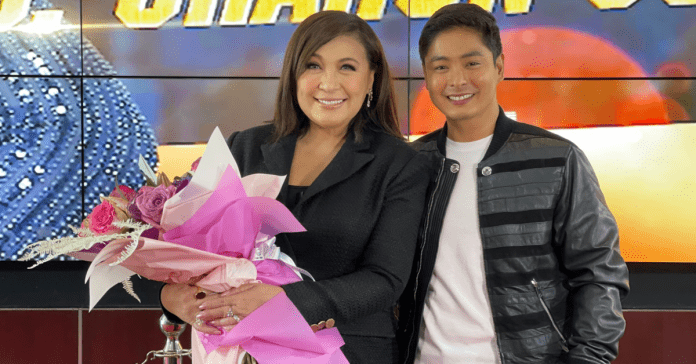 The behind the scenes of the veteran singer-actress’ formal welcome into the teleserye was captured by Dreamscape Entertainment on their Instagram page.

“#KaProbinsyanoNaSha,” they wrote on the caption.

As of writing, the 55-year-old’s role has yet to be revealed.

It was just last week when the Megastar’s fans speculated on her addition to the show. Her inclusion has been one of the most talked about and most anticipated, especially since the show has featured hundreds of stars in the last six years.

As early as September, Sharon has been dropping hints as she reposted Ang Probinsyano materials on her personal Instagram page.