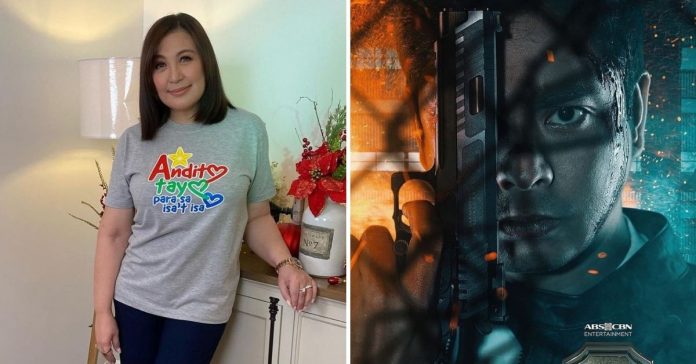 The veteran singer-actress’ possible addition to the show was teased by Dreamscape Entertainment on social media as they hinted on a “mega” beautiful night.

Under the comments section, fans are sure that the 6-year-long show will finally showcase Sharon – dubbed as the Megastar.

Seems like Sharon was dropping hints of her own. Recently, she has been reposting Ang Probinsyano materials on her personal Instagram page.

Back in August, she even reposted a snap of Ang Probinsyano star Coco Martin with Julia Montes when she was just about to join the show’s cast.