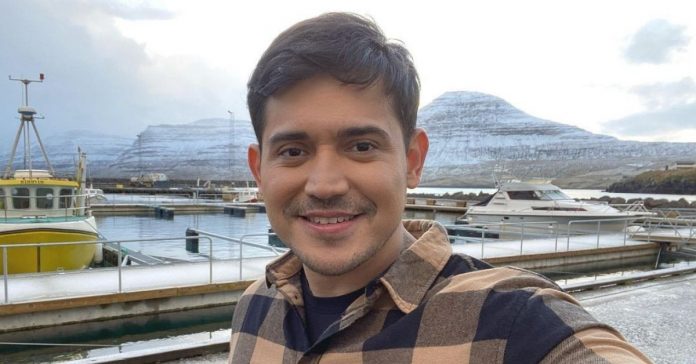 Paolo Contis said he felt relieved after speaking up on his controversial breakup with ex-girlfriend LJ Reyes.

In a recent vlog on his showbiz update YouTube channel, comedian and talent manager Ogie Diaz shared that he had a chance to ask Paolo how he felt after breaking his silence over the controversies surrounding the split.

Paolo earlier released last September 8 a lengthy statement where he addressed speculations raised after his LJ Reyes’ tell-all in an interview with Boy Abunda.

The 37-year-old offered his apologies to LJ and her children Aki and Summer and other people whom he said shouldn’t have gotten involved in the issue.

Paolo, who was in a relationship with LJ for six years, owned up to his mistakes and did not deny the infidelity accusations.

He, however, defended A Faraway Land co-star Yen Santos from third party allegations, stressing that she was not the cause of the breakup.

The two previously made a buzz after they were spotted hanging out together in Baguio amid the controversy.

RELATED: Paolo Contis’ statement he met Yen Santos in Baguio only ‘for a day’ refuted

Meanwhile, Kim Atienza or Kuya Kim and Giselle Sanchez left some advice for Paolo amid the controversies.