Kiko Estrada on breakup with Devon Seron: ‘I was hurt, too’ 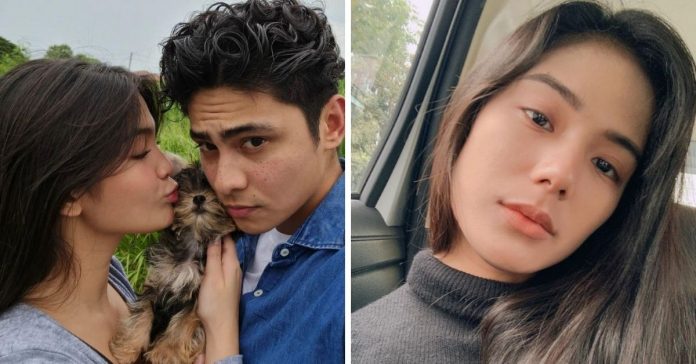 Kiko Estrada has opened up more about his controversial breakup with Devon Seron.

During an interview with Ogie Diaz, the Kapamilya actor stressed that no overlapping happened between his ex-girlfriend and current partner Heaven Peralejo.

Kiko shared that he and and then Bagong Umaga co-star Heaven started talking to each other a month after his breakup with Devon, but we’re still on the getting-to-know stage.

“Me and Devon broke up on Valentine’s Day 2021 and then me and Heaven became together, May 30.

“Because we were formed through the adversity, through the hardships, through the issue we became closer. So I would never expect na magiging kami in any way, or whatsoever,” Kiko said about his relationship with Heaven.

Kiko said that he decided to speak up and clarify things, saying that the criticisms thrown at his relationship with Heaven have gone “overboard”.

“Seeing the person you love hurt by lies, or fabricated truth, it takes a man to stand up to tell the truth, to tell what really happened.

Kiko, although admitting it was “not a good breakup” between him and Devon, said they maintain “civil”.

Kiko, who was in a relationship with Devon for more than two years, said he was hurt as much as his ex was with their split, but was able to “move on fast” and didn’t expect that he would find new love soon with Heaven.

“Maybe that’s my fault, but there was no overlapping. I was hurt too. I didn’t want to leave her, but the situation caused it. Nangyari na ‘yung nangyari,” he said.

Kiko added that he respects Devon and her family and has no ill will towards them, but hopes that they would also let go of the past. Devon’s older sister has been posting cryptic messages on social media which netizens amid the controversies surrounding the breakup.

Kiko also left a message to their bashers: “Bashing would never stop. I just hope they’re responsible enough to know the whole truth before you judge  someone.