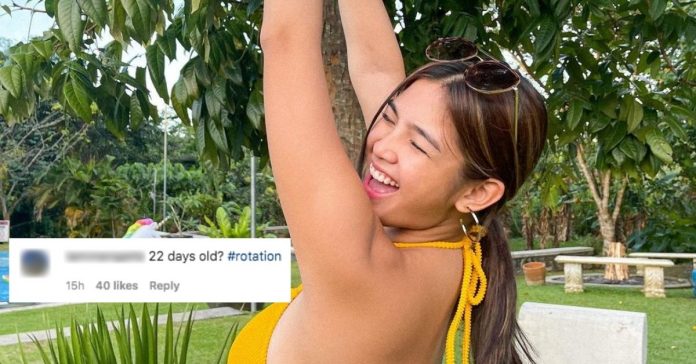 Heaven Peralejo’s birthday post turned into a science discussion after she implied that “22 rotations around the sun” is equal to 22 years.

The actress marked her 22nd birthday with a stunning snap of her at the beach. The caption also caught netizens’ attention.

“22 rotations around the sun and cheers to more. Grateful for all the lessons, blessing, and people in my life that have helped shape the woman I’m becoming. Here’s to thriving, smiling, and riding through the waves of life,” she wrote in the caption.

Under the comments section of her post, Instagram users corrected Heaven as they explained that the 22 rotations mentioned would mean that she is 22 days old rather than 22 years old.

Others defended Heaven, claiming that her statement was “technically” correct since she specified that the Earth rotated around the sun. Some disagreed and explained that the correct term was “revolved”.

Nikki Valdez reveals her and husband’s bout with COVID-19