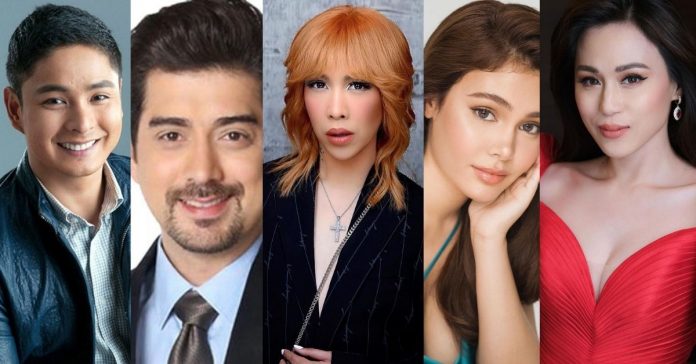 The first four entries for the MMFF 2022 have been officially announced on Friday, boasting of star-studded casts led by Coco Martin, Vice Ganda, Ivana Alawi and Toni Gonzaga.

The highly anticipated annual MMFF on its 48th year advocates the theme “BALIK SAYA” while bringing the revival of the Filipino cinematic experience during the holiday season into the spotlight.

In a Facebook post by the official page of the Metro Manila Film Festival, they have announced the first four official entries for this year’s MMFF. These included LABYU WITH AN ACCENT by ABS-CBN Film Productions, starring Coco Martin and Jodi Sta. Maria. It is directed by Coco who is credited as Rodel Nacianceno, the actor’s real name, and written by Patrick Valencia.

Next on the list is NANAHIMIK ANG GABI by Rein Entertainment Productions, with Ian Veneracion, Mon Confiado, and Heaven Peralejo as its leads. The film is directed and written by Shugo Praico of Bagman fame.

PARTNERS IN CRIME by ABS-CBN Film Productions is third on the list of the first four MMFF 2022 official entries. Starring Vice Ganda and Ivana Alawi, it is directed by Cathy Garcia-Molina and written by Enrico C. Santos.

Last but not least, is THE TEACHER by TEN17P with Joey De Leon and Toni Gonzaga as its lead stars. The film is directed by Paul Soriano and written by Emma Villa.

According to the announcement, the top four scripts were chosen by the acclaimed members of the Selection Committee based on the following criteria: Artistic Excellence – 40%, Commercial Appeal – 40%, Filipino Cultural Sensibility – 10%, and Global Appeal – 10%. The Selection Committee was chaired by the multi-awarded and well-respected representatives of the film industry Boots Anson-Roa Rodrigo and Jesse Ejercito.

The MMFF also stated in their post that “the deadline for the finished film submission (where the other four official MMFF entries shall be chosen) shall be on Sept. 2 (for early birds submission) and Sept. 30 (regular submission).”