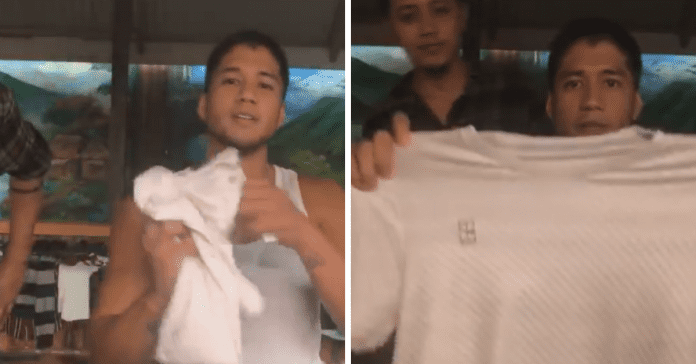 Aljur Abrenica has also tried his hand at online selling.

The Kapamilya actor recently surprised netizens after posting a series of photos of his new and pre-loved items that were up for grabs on his Facebook page.

“Guys! Ill be going live later – Tuesday Aug 17 at 5pm. I’ll be doing a live selling/ auction to some of my pre-loved and even brand-new items! Don’t miss it! Baka may ma type-an ka! See you,” wrote Aljur.

Aljur said he thought of selling his personal clothes and shoes which he just used once or twice so they won’t go to waste.

Although Aljur had asked a good friend to take over the live selling, he would appear in the frame from time to time to assist on the pricing and fitting.

The 31-year-old actor is just among those celebrities who went out of their way to find other means of earning amid the COVID-19 pandemic.