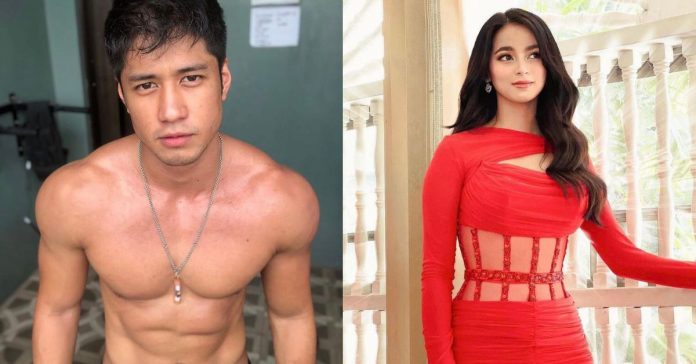 Speculations are rife that AJ Raval is “pregnant” with Aljur Abenica’s baby, but both actors have yet to comment on the issue.

Veteran entertainment columnist Lolit Solis lamented that Aljur and estranged wife Kylie Padilla would not be able to reconcile their marriage with AJ’s rumored pregnancy.

She added that Aljur and Kylie would not be able to have a second chance as husband and wife as there would be an AJ between them.

In an article by veteran showbiz scribe Aster Amoyo on Pang Masa, she also wrote that many people are saddened by the fact that the sexy star put her heart first before her showbiz career.

Moreover, the said article stated that AJ should have been the lead star in the movie remake of Scorpio Nights, but because of her alleged pregnancy, the project was given to another sexy star of Viva named Christine Bermas.

However, AJ was earlier quoted in a Philippine Star article as saying that she declined Scorpio Nights 3 due to the script and that she intended to enroll this school year.

AJ also said that she would have accepted the project if only the time period for filming Scorpio Nights remake had been made sooner.

“Parang magla-lie low po ako sa pagpapa-sexy, I would focus on my studies,” said AJ, who was bound to continue her studies this month.

AJ was last seen in public early this month when she graced the opening ceremonies for the Philippine Basketball Association’s 47th Season as muse of the Barangay Ginebra team. She looked gorgeous in a red-hot, midriff-baring dress.