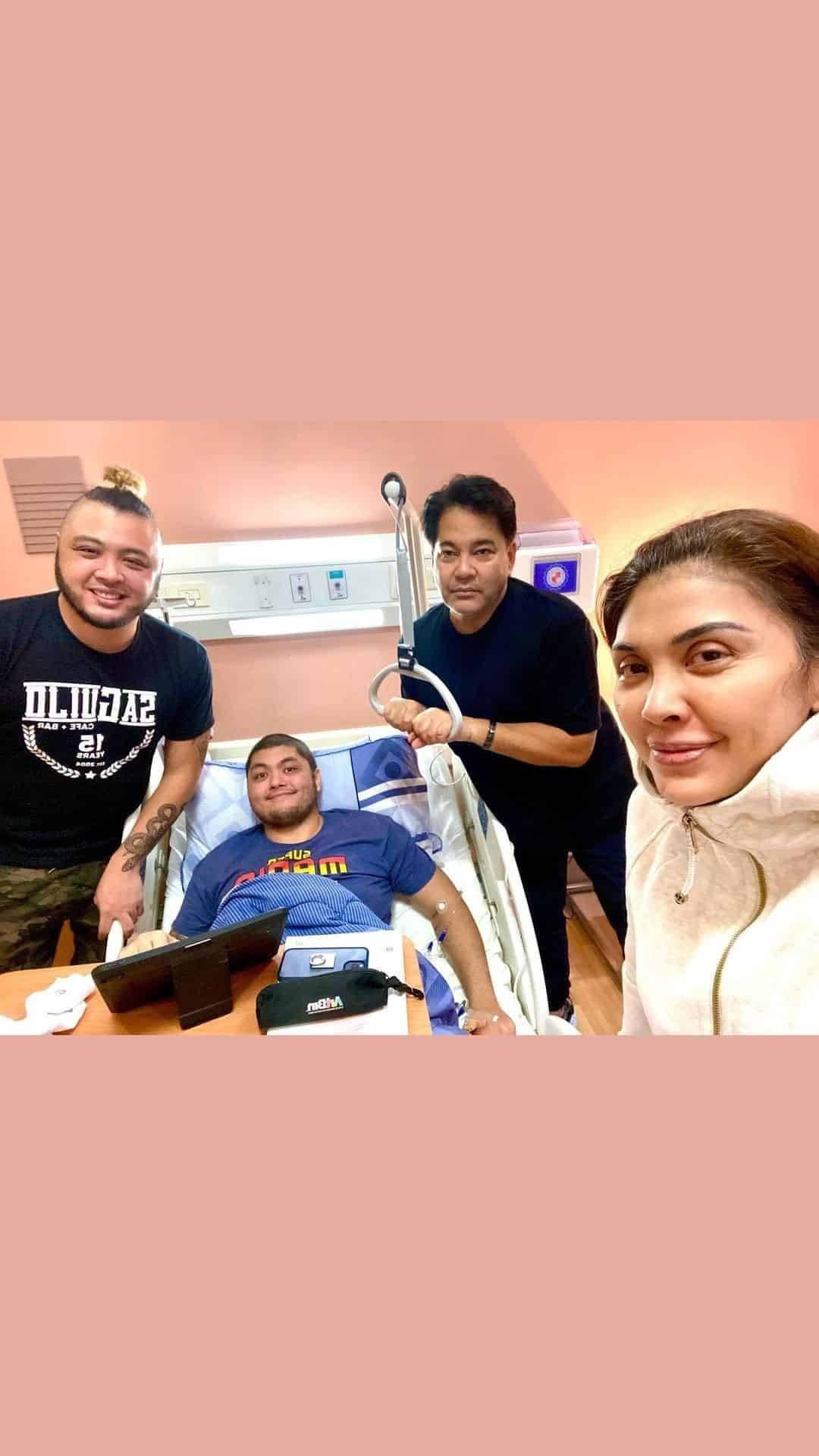 Pops Fernandez shared how powerful prayers could be after her and former husband Martin Nievera’s son experienced an unexpected health scare.

On social media, the veteran singer shared that their son was brought to the hospital and had tests done. Though she didn’t specify what caused Ram’s health scare, she was happy to mention that he is already recovering.

“We had a scare. He was brought to the hospital and tests were done. We worried, we cried and we prayed… a lot! I am posting cause Ram is recovering very well,” she wrote.

On the photo, she’s joined by Martin, Ram and their other son Robin in the hospital.

“We are so grateful and relieved. It is true, Health is wealth. And family, no matter what our situation is, is important, specially during times like these. Prayers are powerful,” she ended.

In a more recent post, she happily shared that Ram is already discharged from the hospital.

“So happy he is back. The ram we know and love is back,” he said.

Pops and Martin tied the knot back in June 1986. Ten years later, they parted ways and finalized the annulment of their marriage in 2000.

‘Another sad day in Kapamilya history’: Celebs react to NTC’s...